Violent Buddhists and the “No True Scotsman” fallacy 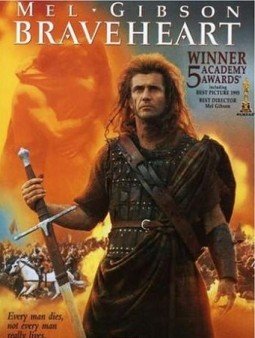 I recently had a conversation on Google+ (it’s a social network that’s — in my opinion — a much better alternative to Facebook) about Buddhist violence in Burma. Following the alleged rape of a Buddhist woman in Burma by members of that country’s Muslim minority, there was an outbreak of violence in which 2,600 homes were torched and at least 29 people died.

I condemned this violence unequivocally. There is no justification in the Buddhist scriptures for violence. There is no Buddhist doctrine of “just war” or even of “righteous anger.” The Buddha condemned all forms of violence, and famously said that even if bandits were sawing you limb from limb, you should have compassion for your torturers. In fact he said that anyone who had any anger in such a situation would not be one of his followers.

Now that seems kind of crazy, because every single Buddhist experiences anger. I know I do. Does that mean that the Buddha has no followers? I don’t think so. I think what the Buddha meant was that in the moment of being angry you are not following his teachings. In the moment of being angry we are not pursuing the path of mindfulness and compassion.

But back to that discussion on Google+.

The original thread I was commenting on was started by an atheist, and she had a number of atheist followers who chimed in, citing the violence as evidence that Buddhism is a bad thing (“full of shit”) was one phrase used. I had a feeling that there was a generalized disdain of religion which was being uncritically extended to Buddhism.

But in what way does it make sense to criticize Buddhism itself because of the behavior of people who call themselves Buddhists? If Buddhism (i.e. the Buddha’s teachings) said “violence is wrong unless…” then, sure, I’d accept the premise that Buddhism is full of shit. But it doesn’t. The Buddha was completely uncompromising on the question of violence. When people are violent they’re not following the Buddha’s teachings.

I articulated the point above, and was accused of employing the “No True Scotsman” fallacy. In case you’re unaware of this fallacy, it runs like this:

McTavish says, “No Scotsman would refuse to help an old lady crossing the road.”

Smyth says, “I witnessed, just yesterday, a Scotsman who refused an old lady’s entreaties to help her cross a busy thoroughfare.”

MacTavish replies, “Ah, but he was no true Scotsman.”

What our dear friend McTavish is doing here is trying to justify an unsupportable generalization when challenged with examples contradicting it. [Full disclosure: I am a True Scotsman.]

So if I said “Scientists do not falsify results” that could be challenged by someone pointing to examples of scientists falsifying results. I could then fall back on the “No True Scotsman” fallacy by arguing that those cheating scientists are “not true scientists.” I’m attempting (using a fallacious argument) to justify a false generalization.

Now if I say that scientists who falsify results are not doing science, there’s no fallacy involved. I haven’t made a false generalization that I am trying to defend. I’ve made a fairly precise statement about what science does and does not consist of.

Similarly, people who are acting violently are not “doing Buddhism. The Buddha’s teachings provide no “excuses” for violence — not even the “he did it first” or the “I was just defending myself” types of excuses.Ã¯Â»Â¿ There’s no use of the “No True Scotman” fallacy here — just a clear definition.

Now if only we could remember, as Buddhists, that when we express hatred we cease, at least for a while, to be Buddhists.

Hi Bodhipaksa, thanks for this post. I agree with what you say. I’m now wondering how the Burmese villagers could better have acted after the rape? Any thoughts?

This is a topic dear to my heart. The proscription of “just” war and “righteous” anger are right on in my mind. I can just think of the rational contorsions that those who would wage war or seek the thrill of anger in another’s name – been there and done that.

As a “too true” Scotsman, I feel that I have a very warlike streak in me that is often quite hard to reconcile with Buddhism. Only this Sunday, my dander was up at the beach when some “eedjit” lost control of his untethered surf board such that went hurtling beachwards and hit the wife in the back of the head. I didn’t totally lose it but mindfulness was AWOL. The one consolation is that I now seem to be able to recover quickly from descents of the red mist when in the past, I would have been riled up for hours. That may have something to do with meditation or perhaps age ( I prefer to believe that it is meditation ). I seem able to not be quite so caught up in anger and much better at letting it go.

Apart from the temper, I have a fascination with violence and often watch grown men punching each other in the head on the pretext that it is sport. I am certainly not very mindful when watching this and get very caught up in it in a way that is most definitely harmful to me. Hopefully I will eventually wean myself off of my violence fix.

The one major contradiction I am aware of in Buddhism is the link between Thai monks and monasteries and the Muay Thai martial arts tradition ( Thai boxing ). How is non-violence reconciled with a fighting system?

Nice article, keep it up!

Well put Bhodipaksa, thank you. I’d suggest that this also extends to the self-immolations that have occurred elsewhere, though I have the uneasy feeling – perhaps wrongly – that you have already discussed these in another post… best wishes.

So, is it permissible to learn how to defend yourself without using violence? And if so, what form would that take?

We’re each free to make decisions to defend ourselves, even using violence. If I had to use violence to save my life from an aggressor, or to save someone else, I probably would. But we should be clear that when we’re doing that we’re not “doing Buddhism.” It may well make sense sometimes to violate the Buddhist precepts on one particular day in order to be able to practice them on another day. Fortunately in most parts of the world those days are few and far between. I don’t think in 50 years of my life I’ve ever been in a situation where I had to save myself by being violent. Other people have not been so lucky, but I think my experience is common.

I think you need to take the middle way on this. It says don’t have anger against the person cutting you limb for limb, not to let him do it. self defense is about getting out of a situation that could harm you.

“Even if bandits were to carve you up savagely, limb by limb, with a two-handled saw, he among you who let his heart get angered even at that would not be doing my bidding. Even then you should train yourselves: ‘Our minds will be unaffected and we will say no evil words. We will remain sympathetic, with a mind of good will, and with no inner hate. We will keep pervading these people with an awareness imbued with good will and, beginning with them, we will keep pervading the all-encompassing world with an awareness imbued with good will — abundant, expansive, immeasurable, free from hostility, free from ill will.’ That’s how you should train yourselves.”

Absolutely. The Buddha was in no way advocating passive surrender. We should keep ourselves safe as much as possible.

There is a long history of violence in buddhist countries that is ignored or denied by Western buddhists who idealize buddhism and take its teachings out of context and thereby create dilemmas that completely disregard the complexity of real-world situations in a quest for doctrinal purity and superiority.

You’re right, Rich, that western Buddhists tend to be unaware of instances of violence in Buddhist countries. There seems to have been much less religious violence than in the theistic religions, but it’s definitely happened.

I don’t think, however, that Westerners are any more prone to taking Buddhist teachings out of context than Buddhists in Asia are. Theravadin Buddhism, for example, is highly selective, with a high level of emphasis on monks following the vinaya rules and very little emphasis on monks meditating. And the modern insight meditation tradition, which is even more highly selective, had its origins mostly in Burma.

And as someone who mixes with Buddhists on a day-to-day basis I’m not aware of anyone who completely disregards the complexity of real-world situations. All the Buddhists I know are involved in real-world situations, whether that’s work, family, or politics. And a lot of them are very effective in what they do, which could hardly be the case if they were “disregarding complexity.”

I don’t think we should only consider what Buddhism explicitly teaches in considering whether it bears any responsibility for “religious” violence. Such violence can easily be justified by beliefs that are beyond examination through experience – namely metaphysical beliefs – as these beliefs seem to the believers to be absolutely justified and impervious to all challenge. Buddhism offers the Middle Way, which explicitly challenges metaphysical beliefs of this kind, but at the same time it also offers metaphysical beliefs that are in practice beyond all examination through experience, such as the belief that the Buddha gained a special access to truth through gaining enlightenment and thus has a unique authority. This can be just as much of a catalyst for violence as belief in revelations from God. All Buddhists have to do is believe strongly enough in the authority of their tradition, and their awareness of the humanity of other groups can be disregarded. If you want evidence of just how much Buddhist revelation can be manipulated in the pursuit of war, read Trevor Ling’s ‘Buddhism, Imperialism and War’ and Brian Victoria’s ‘Zen at War’.