You are the universe become conscious of itself 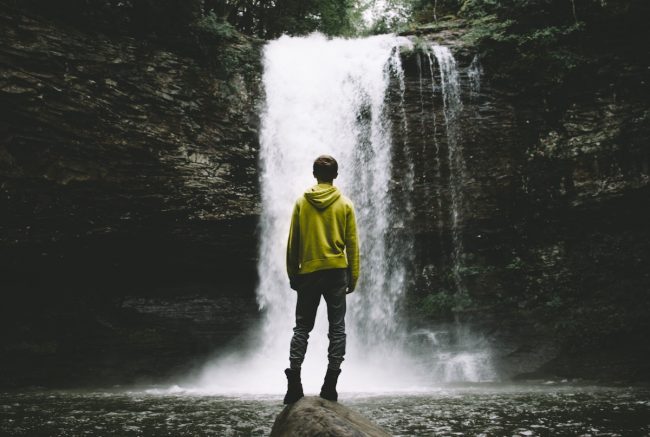 My favorite meditation practice from the Buddhist tradition is also one of the least well-known. It’s a reflection on the interconnected nature of our being, and it’s called the Six Element Practice.

It’s my favorite for a number of reasons. For one thing, it’s deeply poetic, evoking our nature as intrinsically part of the universe. For another, it aligns closely with contemporary science, which is a subject I love, and which gives the practice added richness. Lastly, it’s very effective: I and many people I’ve taught this meditation practice to have found that it radically changes our sense of who we are. It gives us a sense of connectedness, of lightness of being, and of freedom.

The meditation involves taking the six elements that make up our being, and seeing how each of them isn’t in any ultimate sense who we really are.

These six elements come from an ancient way of understanding the universe, but although it’s a model of reality that we no longer use, it makes perfect sense on an experiential level. So we have, in the traditional order:

The first four are the four classical elements of antiquity, and are very common-sense. We’re made up of solids, liquids, gases, and energy. This is how we experience the world.

In the Six Element Practice we reflect on each of these elements in turn. First of all we connect with the element within us — which we’d normally think of as being me, myself, or mine. So for the earth element we can experience the solid touch of the body against the floor or our seat. We can be aware of the bones and muscles, and teeth and hair. And what we can’t directly experience, like our inner organs, we can imagine.

Second, we connect with the same element outside of ourselves. So for the earth element we recollect whatever is solid in the world. We can call to mind our experience of walking on solid ground, of picking up a rock, of touching the rough bark of a tree, of holding an apple in our hands. It’s particularly useful to recall experiences of food, like the bread and fruits and vegetables in your kitchen.

This is useful because, thirdly, we reflect that there is in reality no “me” earth element or “other” earth element, but just one earth element. And we can do this by connecting with how the element comes and goes in the body.

Where has all the solid matter in the body come from? All of it, we can realize, comes from the outside world. Your bones and muscles, hair, teeth, inner organs, etc., were formerly soil and rock and wheat and milk and vegetables and so on. And because of the way your body constantly replenishes itself, what was previously your body is now soil and plants and air and animals, and everything that’s presently in the body is in the process of returning to the world again.

And having reflected in this way, we now have a different view of the solid matter in the body. What at first we may have looked at as a “thing,” separate from the world, now is seen as a flow or a process, inseparably part of the world. We see the earth element flowing from the outside world, through this human form, and back into the outside world again.

So we reflect in the same way for the other physical elements, and see that all the solid, liquid, gas, and energy that’s inside us is really just temporarily passing through.

But passing through what? This brings us to be space element. We think of there being a space — a human form — through which the elements are passing. But what is this human form but the first four elements themselves? Take those away, and what’s left? We come to see that there is nothing at all in our physical makeup that is separate.The elements of the body that came from the outside world never really left the outside world. When you see your body you are seeing nothing more or less than a living, ever-changing part of the universe. Separateness is an illusion.

Lastly, there’s consciousness as an element. The traditional description of this is quite involved, but it starts with a recognition that there are three inter-related things: 1) form (the first five elements), 2) the perception of form in our sense organs, and 3) consciousness of form in the mind. The suggestion seems to be that these three things form an inseparable continuum. We tend to think of consciousness as being something separate from what it perceives, but this practice leads us to let go of identifying any part of this continuum as being either “me” or “not me.” There’s a unified, non-dual phenomenon of the universe perceiving itself — the universe become conscious of itself.

So if even your consciousness isn’t “you” in any real sense, then what are you? I think this is one of the great things about the Six Element Practice — it just leaves you with a sense of mystery. A sense of mystery is a kind of openness. It’s a setting-aside not just of definitions but of the need to define. We no longer, temporarily at least, need to try to pin down who or what we are. We no longer need to separate our experience into the categories of “self” and “other.” There’s no me “in here” experiencing a world “out there.” There’s just a vibrant aliveness, the mystery of the universe become aware of itself, and a sense of liberation — life without boundary.

If you’re interested in the Six Element Practice and want to explore it further, join me for a six-week online course starting July 12.

Bodhipaksa
Bodhipaksa has been meditating since 1982 and teaching since around 1989. He is a Buddhist practitioner and teacher, a member of the Triratna Buddhist Order, and a published author. He launched the Wildmind website on November 11, 2000. Bodhipaksa has published many guided meditation CDs, guided meditation MP3s, and books. He teaches in various meditation centers around the world. He is supported by donations from members of the Wildmind community. If you're interested in becoming a supporter and in getting access to more of Bodhipaksa's teachings, please click here to learn more about his meditation initiative.
insight meditation, six elements