“We forget our faults easily when they are known only to ourselves.” Francois de la Rochefoucauld 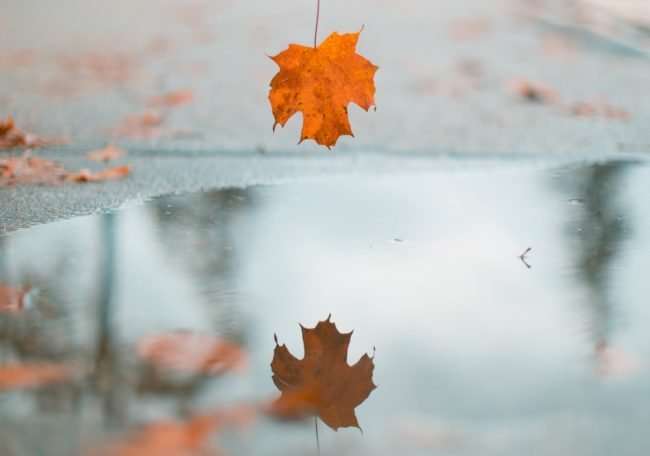 Just as we can’t see what we look like unless we encounter a mirror, often we don’t know what we’re like in terms of our behavior and attitude unless those things are reflected by other people.

There’s a considerable amount of evidence that other people have a clearer picture of what we’re like as individuals than we do ourselves. While we’re fairly good at assessing ourselves in terms of internal factors, knowing better than others what we feel and thinks, when it comes to factors like intelligence, attractiveness, creativity, and competence, others have a far clearer perception of us than we do ourselves.

But sometimes even internal factors are hard to assess. In my role as a teacher I’ve often heard from people (usually men) who say things like “After meditating for a few weeks I don’t think I’ve changed, although people who know me say I’m much easier to be with.” To me this suggests our tendency to externalize our mental states, so that rather than see ourselves as impatient we see others as being too slow; instead of seeing ourselves as untrusting we see others as untrustworthy; instead of seeing ourselves as unkind we see others as needing a good kick up the behind, and so on. And so when we change, for example by becoming a bit more relaxed, we don’t necessarily notice that fact, and we interpret this change, perhaps in terms of other people being more cooperative, and so on.

What I’ve just described is perhaps more common when we’re first starting to get to know and to work on ourselves, but even after decades of practice I’m still learning that there are things about myself I haven’t allowed myself to acknowledge. It’s only through being mirrored by others that I come to recognize some of my faults. 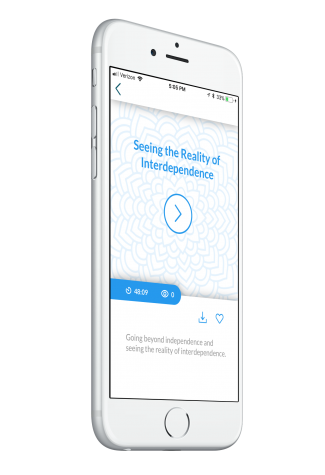 While you’re here, why not download Bodhi Mind, our FREE meditation iPhone app?

And those faults are the ones I find hardest to see, because I’ve spent longer learning how not to acknowledge them, and trying to hide them from others. For example, I have habits of dishonesty that I haven’t been very aware of. I can tend to rationalize and whitewash my actions, so that I do things for one (not very noble) reason and then, when called on this, claim that my motivations were much more noble than they actually were. Or I’ll say something, have it pointed out that I was incorrect, and then claim I meant something different from what I actually said. Sometimes I’ll speculate about something, and then try to convince others that I’m more certain in my knowledge than I actually am. Sometimes I’ll feel or think one thing (usually critical) but present another thing to others.

I wouldn’t be aware of those habits if it wasn’t for one friend who has a finely-tuned bullshit detector, and in fact experiences acute distress when people around her are being inauthentic. As a result, she’s particularly demanding when it comes to dishonesty. In the past I’d probably have found her scary and made sure I avoided her. Actually, I do find her a little intimidating, but I really value how she’s pressuring me to be more honest and authentic. I’m finding that I like myself better when I live that way. So on the whole I really value our connection. It’s liberating to be called on my bullshit.

This is work that I could never have done on my own. We all need others as mirrors so that we can learn to see ourselves more accurately. It’s a scary process to have mirrored those aspects of ourselves that we least admire, but it’s necessary and rewarding work.

Just one other thing: often I hear perfectly lovely people express the belief that they’re actually horrible and unlovable individuals. Sometimes I have my good qualities reflected back to me and am surprised. De la Rochefoucauld was a cynic, and so less inclined to see that just as we forget our faults when they’re known only to ourselves, we also forget our virtues when they are known only to others. A true mirror reflects, impartially, both the good and the bad that is within us.

Bodhipaksa
Bodhipaksa has been meditating since 1982 and teaching since around 1989. He is a Buddhist practitioner and teacher, a member of the Triratna Buddhist Order, and a published author. He launched the Wildmind website on November 11, 2000. Bodhipaksa has published many guided meditation CDs, guided meditation MP3s, and books. He teaches in various meditation centers around the world. He is supported by donations from members of the Wildmind community. If you're interested in becoming a supporter and in getting access to more of Bodhipaksa's teachings, please click here to learn more about his meditation initiative.
ethics, friendship, self-awareness, spiritual friendship