What did the Buddha know about addiction? 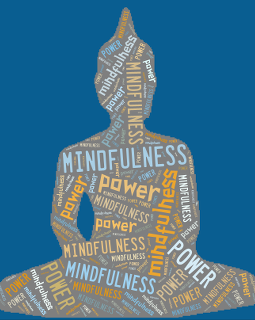 We know that before Shakyamuni became a Buddha (waking up to the truth of reality) that he tried extreme self-discipline that included abstaining from all forms of indulgence, which was called the practice of asceticism. His self-mortification included eating just one grain of rice a day, and sometimes walking around with one arm in the air for weeks. In his search for an end to suffering, Gautama became like an addict to asceticism. Like today’s addicts, he had learned how to master pain, or so he thought. He grew as thin as a skeleton, and did not budge from his addiction. Still he did not find an end to suffering. Until one day he realized he was getting nowhere.

It is believed that when he became a Buddha his first teaching to his disciples referred to addiction. He says:

“There is addiction to indulgence of sense-pleasures, which is low, coarse, the way of ordinary people, unworthy, and unprofitable; and there is addiction to self-mortification, which is painful, unworthy, and unprofitable. Avoiding both these extremes, the Tathagata (The Perfect One) has realized the Middle Path; it gives vision, gives knowledge, and leads to calm, to insight, to enlightenment and to Nibbana.”

There are many stories about the Buddha encountering different people during his travels. There was a King Pasenadi from Kosala who consulted him on many aspects of life. One such story tell us that King Pasenadi who was addicted to eating. One day after eating a bucket full of rice and curries, he was fortunate to have an encounter with the Buddha. The Buddha advised that the King begin to reduce his intake, and recite this sutta

“When a man is always mindful,
Knowing moderation in the food he eats,
His ailments then diminish,
He ages slowly, guarding his life.”

But the king lamented ‘how’. And then he had an idea. I will pay for someone to help me.

It’s said he paid a young Brahmin to watch over him every time he had a meal. The Brahmin would snatch a fistful of food, and recite the sutta. The next day the King was only allowed to eat the amount he consumed the day before, and then the Brahmin would snatch another fistful. And the Brahmin continued to recite the sutta, reduce the King’s food intake until he ate only a pin pot amount and was relieved of his addiction. The Buddha’s method here was harm reduction, with the intention of skilfully leading the King to abstinence.

Vimalasara
Dr Valerie Mason-John (hon.doc) M. A is an accredited Recovery Coach, Life Coach and Mindfulness Teacher. She is a senior member of the Triratna Buddhist Order. She is one of the leading African descent voices on mindfulness and addiction and is currently the President of the Buddhist Recovery Network, co-author of Eight-Step-Recovery-Teachings-Addiction- Using the Buddha's Teachings to Overcome Addiction. She is one of the Insight Timer Teachers. She is the author of eight books, including, Detox Your Heart, a book on working with anger, fear and hatred. She is available for talks, seminars, workshops and retreats. eightstepsrecovery@gmail.com
mindfulness and addiction, The Buddha