Wholesome intentions – The neurology of intention 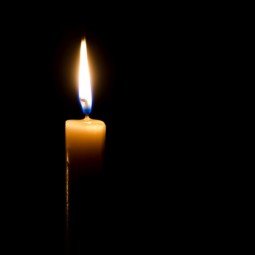 Therefore, a basic understanding of how intentions work in the brain – and thus in your mind – is a very useful thing to have.

The Executive Functions
The brain is like a committee, with many parts or “members” working together – or at cross purposes! – and the frontal lobes are like the chair of that committee. Or, to use a different metaphor, if the psyche altogether is a vast land, with a capital and many provinces, the frontal lobes are like the city manager of the capital.

But of course that does not mean that they are the owner of the country! An error the frontal lobes, and the self structures that identify with them, tend to make. To the loss and often the rebellion of the provinces . . .

As you can observe in your own experience, it is possible to have effective “executive functions” in the mind – those capacities that plan, organize, monitor, and direct – without much if any sense of personal self in the mix.

A Proper Balance
To be sure, those executive functions are very important. A healthy nation needs both its capital and its provinces. Balance is everything, in the brain as in life. “The middle way . . . “

You might ask yourself, are you tilted either way:

So, when you see which way you are tilted, then restoring greater balance – and becoming stronger and more able with the other aspect of the psyche – can become a strategic goal for growth.

The primary way to develop your “weak suit,” in terms of optimal balance for yourself, is simply to identify the elements of it that you want to strengthen, and keep them in mind. That will mobilize resources for yourself over time that will gradually build up those capacities. Truly, 50% of personal growth is identifying the issue – whatever it is – and committing to work on it. Just that! Which is really very good news.

Held in a proper balance, establishing clear intentions – which are a way the frontal lobes call the other members of the committee to order and establish what the agenda is – is a powerful, skillful means to getting anything good done either inside your own head and heart or in the outer world.

Your site has proved to be marvellous. As a patient with a progressive neurological condition, what your articles and advice have done is help me come to terms with what is happening to me and develop ways to help myself with this. I am truely grateful.
I knew as soon as I read what you had written that your background as a neurologist shone through. We need more neurologists with compassion. My heartfelt thanks to you.