Eleanor Roosevelt: “Nobody can make you feel inferior without your consent.” 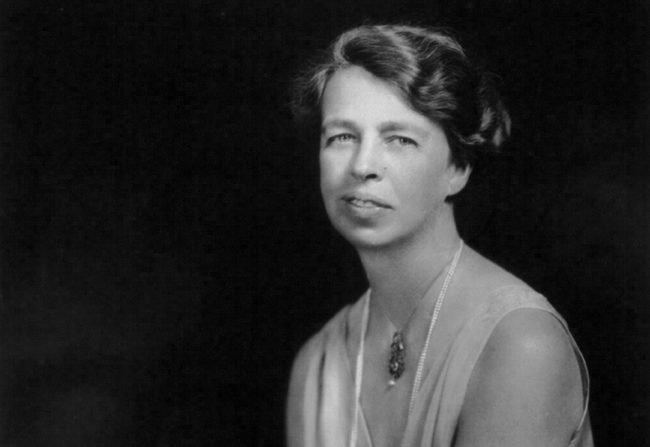 Eleanor Roosevelt is often credited with saying “Nobody can make you feel inferior without your consent.” As a bit of a quotation snob, I feel compelled to point out that there’s no evidence she actually used those words. She did however express the core idea that feeling snubbed is something we do to ourselves.

Whether she said this or not, it’s certainly true that a lot of the time we make ourselves unhappy by making ourselves feel inferior to others. And this usually involves taking things personally.

Taking things personally means that we see things as being about us when they’re really about the other person.

Reacting to Being Snubbed

One time when I worked in Community Education in Scotland I was heading to a training course with Kate, a colleague of mine. Neither of us drove, so we took the train, which involved a bit of walking at the other end. As it happened, we weren’t entirely sure where we were heading, and so Kate suggested that I ask a pedestrian who was walking on the other side of the road. I dashed across and started following him.

As I got closer I said “Excuse me.” The pedestrian ignored me and kept on walking. I said “Excuse me!” again, but this time louder. Again he ignored me. By this time I was starting to get mad. How rude, I thought,  to ignore someone in this way! How dare he ignore me? Who does this guy think he is!

I actually had to catch up with the man before I could get him to pay attention to me. At which point I discovered he was completely deaf! It turned out that he was very friendly, and he gave us directions the building where the training course was being held. I felt very embarrassed at having taken another person’s disability personally.

I assumed that this man’s lack of response was an act of rudeness he was directing specifically at me. But it wasn’t about me at all. His not acknowledging my hails was simply because he couldn’t hear me.

Not Reacting to Being Snubbed

In a contrasting example, the other day as I left the building where I live, a woman was heading in the opposite direction. I said “Good morning” to her as I passed. All I got in response was a startled gaze.

Now I could have taken this personally. And in fact I could sense that part of me wanted to. But I very quickly realized that she probably didn’t reply because I hadn’t greeted her until I was right in front of her. Quite possibly she was distracted and didn’t hear me. Or maybe she was startled and didn’t have time to reply before I’d gone by. Perhaps she was trying to work out if she was supposed to know me.

This brings us to the practice of “don’t-know mind.” Don’t know mind is when we accept that we don’t know something, and we don’t rush to create a story that will fill the void.

It’s About Them, Not You

Even if someone directs anger or criticism against you, you don’t have to take it personally. The other person may be having a bad day or a bad week.  Perhaps they are having a bad life!  It may be that you’re just the person who happened to be near them when they had an outburst.

So just reminding yourself, “It’s about them, not about me,” can help you to take things less personally. You can say those words to yourself when you realize you’re freaking out and becoming reactive. The words “It’s not personal” can also help.

Victims of Our Own Thoughts

Often, when someone treats us in a way we don’t like, we run through a very rapid set of thoughts, something like this:

And so you feel unhappy, because believing you don’t matter is unpleasant.

One thing to consider when someone behaves like this is that they are suffering. This is a constant factor in all bad behavior. If the other person is suffering, and doesn’t have the self-compassion or mindfulness to deal with that, then they’ll tend to act out in ways that hurt others.

By considering that the other person is suffering we’re directing our attention away from our own self-preoccupation. There’s less mental processing power available for us to run through our usual self-punishing thinking — the chain of rapid-fire thoughts like those I outlines above, that end with us feeling miserable.

I mentioned that when someone didn’t reply to my “Good morning,” I could sense my reactive thought-patterns waiting to be activated. But in this case they stayed dormant, and so I didn’t cause myself unnecessary suffering. The reason was that I had diverted my attention to what was going on with her; I considered the possibility that she was suffering, because I had startled or confused her. Because that’s the direction my thoughts went in, they weren’t able to go in the direction of taking things personally.

Mindfulness, empathy and compassion, then, help us to stop taking things personally so that we can stop freaking out and instead be calmer and happier.

This post is adapted from materials in Wildmind’s online course, “How to Stop Freaking Out.” You can learn more about how to access our courses here.

I have a collection of quotes that either help or make someone think. I have this in my collection along with “What you allow is what will continue” but I agree with neither. If someone is outnumbered they will not feel superior. If outside forces are limiting your options, you are not really “Allowing” it.

I am very grateful to the author for this article. I always think that if a person is negative towards me, then the problem can only be in me. I think about it very often and it doesn’t let me relax. But the author is right. I remember that sometimes I can yell at someone because I didn’t have time to have breakfast. And in general, you don’t need to worry about what people think of you. You need to be able to relax, and not get depressed because of someone else’s opinion. You need to be positive, and not react to negativity and vampire people. But it still seems to me that even though I understood all this, it will be difficult to come to this …