“Let these three expressions: I do not have, I do not understand, I do not know, be repeated over and over again.” — Padmasambhava 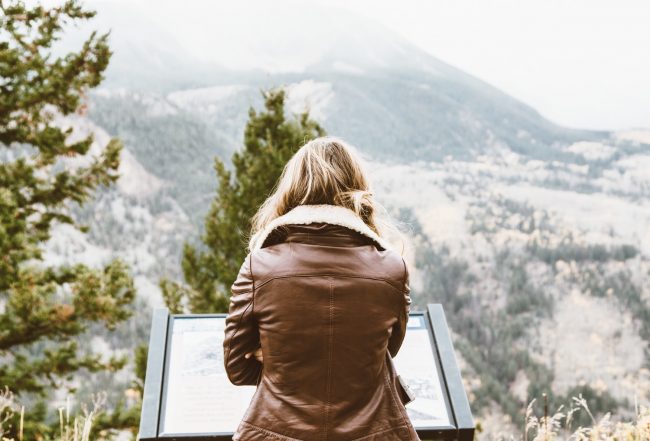 One time, when I was rereading a massive Tibetan Buddhist text called the Life and Liberation of Padmasambhava, I was struck once again by the spiritual power of one particular quote: “Let these three expressions: I do not have, I do not understand, I do not know, be repeated over and over again. That is the heart of my advice.”

I quoted these words to a friend, and she was completely puzzled. “Isn’t your spiritual path all about knowing and understanding things?”

Padmasambhava was an Indian teacher who travelled to Tibet at the invitation of King Trisong Detsen. His name means “Born from a lotus” and is shortened just to “Padma.” That’s how I’ll refer to him from now on. The king wanted to convert his nation to Buddhism, and in fact had previously invited a noted scholar-monk, Shantarakshita, for that very reason. (Shantarakshita means “Protected by peace.”)

Shantarakshita had been the abbot of a major monastery in India, and his approach to practice emphasized the study of philosophy. This was how one tamed the mind. In the support of this, he had large bodies of Buddhist texts—sutras and commentaries—translated into Tibetan. But this approach failed to resonate with the fiercely devotional and pagan Tibetan people, and definitely not with the king’s ministers, who followed a form of paganism and were fiercely opposed to Buddhism. In a symbolic representation of this mismatch, it’s said that as fast as the walls of Shantarakshita’s monastery could be built up during the day, the demons of Tibet would dismantle them at night. Hence Padma’s invitation.

Padma was a different kind of teacher. He was steeped in the teaching of Tantra, where the aim was not to eliminate potentially destructive energies such as craving and ill-will, but to harness and redirect them toward positive ends. He was a sort of shamanic teacher, who tackled the demons of Tibet, battling with them until they promised loyalty to the teachings.

Shantarakshita and Padma both taught meditation, but they had different approaches. If craving and hatred are mental poisons, then Shantarakshita’s approach was to use antidotes to eliminate those poisons. Padma’s was to see how these poisons could be used medicinally.

Padma’s instructions for meditation often deal with “allowing the mind to rest in its natural state.” The mind, resting in awareness, is naturally clear, blissful, and wise. Ultimately we don’t “effort” our way to enlightenment. It’s already there.We let ourselves settle into it. We let go into it.

To make some sense of that, let’s turn to a simile, or series of similes, that the Buddha used. He talked about various disturbances of the mind being like water whipped up by the wind (worry and restlessness), water that’s stagnant (laziness), boiling water (ill will), water that’s been dyed (craving), and water that’s had mud stirred into it (doubt). In all these similes, something pure, clear, and natural has been altered in ways that make it unwholesome or dangerous. In all of these similes, if the water is allowed to be at rest, it returns to a pure state. Boiling water, left alone, cools. Water that isn’t stirred up by the wind becomes still. When it’s still, it reflects clearly, and we can also see into its depths. Mud stirred into water settles, and the water becomes pure. And so on.

How do the expressions, I do not have, I do not understand, and I do not know fit in with this? How can they be spiritually useful?

And our understandings and what we think we “know” are just other ways of having or owning. What I think Padma is referring to here is when we cling to particular ways of seeing things. We do this in order to feel secure. Pretty much all of us say “But I don’t do that! I’m open-minded!” And yet it usually bothers us if someone actively challenges our views on things like politics and religion. It even bothers us even if we just learn that someone has different views!

Having, understanding, and knowing disturb the mind. They also limit it. They stop us from being open and curious. They’re forms of holding on, that prevent us from letting go, which is what we need to learn to do.

So back to that question, “Isn’t your spiritual path all about knowing and understanding things?” I said earlier that the answer was both no and yes. It’s no in that it’s not, ultimately, about developing an encyclopedic understanding of the Buddha’s teachings or of later teachings. It’s not about mastering the map. It’s about traveling the territory that the map is describing. The kind of understanding and knowing that comes from studying maps is fundamentally different from the kind we get from traveling the territory.

The Buddha talked about this, when he was asked whether what we taught was something he had memorized. He said,

Just before saying this he gave the example of knowing how a chariot is built and how it works. When you understand this from experience, when you’re asked about the topic you don’t have a bunch of pre-prepared, memorized statements to make. You just speak spontaneously.

I think what Padma is getting at is that we maintain an attitude of skepticism about our having, our understanding, and our knowing. That we hold all these things provisionally and lightly. That we be open to learning. That we be curious about what we might learn. That we don’t confuse what we have heard with what we know from experience. And that when we talk to others we distinguish between whether we’re talking about our knowledge of the map, or our knowledge of the territory.

If you would like to support Wildmind in producing articles like this, AND get access to dozens of online meditation courses, please look into becoming a sponsor for as little as $6 a month.

We aren’t owners of anything. At the very most, the fortunate among
us are renters who all share the same strict landlord.
Excellent piece. Thanks.

This reminds me a little of one of my favorite quotes: “It’s not what you don’t know that gets you into trouble, it’s what you know for sure that just ain’t so.” – Mark Twain

Did Padmasambhava and Shantarakshita just find a way to co-opt the native spiritual traditions? So as to convert those folks to Buddhism. (I’m not saying that was a bad thing; Personally I think the Buddha got it right). Buddhism isn’t much different that other religions — converting traditional beliefs to the powers that be— but in a way that encourages peace and a path to enlightenment (as opposed to violence and casteism). Your thoughts about conversion, Bodhipaksa?

The tales of Padamsambhava traveling Tibet, subjugating demons and making them swear loyalty to the Dharma certainly seems like a mythologization of local religious traditions being enfolded into Buddhism.

‘Having, understanding, and knowing disturb the mind. They also limit it. They stop us from being open and curious.’
Is this also what Shunryu Suzuki meant in his book of informal talks called Zen Mind, Beginner’s Mind when he says that : ‘In the beginner’s mind there are many possibilities, but in the expert’s there are few ‘ ?

Very much, I think.

I heard this on a radio program: “Believe nothing, entertain possibilities”.