Marcus Aurelius: “If you are distressed by anything external, the pain is not due to the thing itself…” 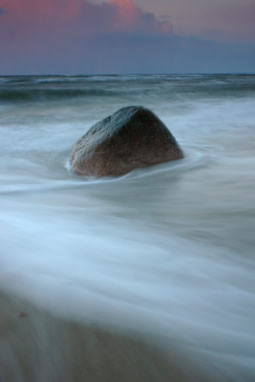 We can’t choose what happens to us in life, but we can choose how to respond to it. This piece of practical wisdom is found in the Buddhist tradition, but was also a cornerstone of Stoic philosophy. Bodhipaksa explains how we can untangle ourselves from the stories we tell ourselves about our experience.

Marcus Aurelius is my favorite Stoic philosopher. The Stoics, if you’re not familiar with them, were a school of philosophy who started about 300 BCE and who continued teaching until 529 CE, when the Christian emperor Justinian I banned pagan philosophies.

Although we use the word “stoicism” to mean something like to “grin and bear it” or to “suck it up,” Stoicism wasn’t a macho pose of unemotional toughness but a well-developed practical philosophy based on living with an awareness of impermanence. For example Marcus said, “Reflect often upon the rapidity with which all existing things … sweep past us and are carried away”. The stoics worked to live ethically, to eliminate negative emotions such as ill will and jealousy from their lives, and they even meditated. Marcus again: “Allow yourself a space of quiet … and learn to curb your restlessness”. Sounds like Buddhism? Yes it does. I think it’s a tragedy that Stoicism was killed off before it had a chance to encounter Buddhism; I think Buddhists and Stoics would have had a lot in common.

Marcus Aurelius: “If you are distressed by anything external, the pain is not due to the thing itself but to your own estimate of it; and this you have the power to revoke at any moment.”

Marcus Aurelius’ advice to look to our responses to events in order to pinpoint the cause of suffering in order to eliminate suffering parallels some important Buddhist teachings. And here’s the crucial thing: It’s not what happens to us that causes most of our suffering, but how we respond. In the end, we cause virtually all of our own suffering: not all, but most of it. A Buddhist analogy is the man who is shot by an arrow, and who responds by shooting himself with yet another arrow. It sounds weird, but that’s what we do all the time.

Some things in life are going to be painful, but we amplify and repeat the pain through the way we respond to it. Let’s say that something painful happens, like someone saying something unkind to us. Without mindfulness, the mind is likely to proliferate thoughts: blaming the other person; thinking about their faults; wondering over and over, why me?; telling ourselves we’re stupid for having got hurt; wishing things were otherwise; repeating the painful words we heard over and over. There seem to be endless possibilities for multiplying thoughts. This proliferation of thoughts adds yet more pain, but this time it’s self-inflicted.

We don’t just witness events, we automatically create stories about them.

With more mindfulness we’re able simply to accept that we experienced pain in response to another person’s words. If necessary, we respond appropriately without obsessing about it. We might tell the other person how we feel, for example, or suggest another perspective. Or we might decide that no action is the most appropriate action. We let the matter go quickly without obsessing. The mind doesn’t take the original arrow and plunge it into our bodies repeatedly.

Marcus says that “the pain is not due to the thing itself but to your own estimate of it.” We create distress in response to external events because of the way we interpret them. We don’t just witness events, we automatically create stories about them, based on our habitual tendencies. We assign meaning to them. So when we say hello to someone and they don’t seem to acknowledge us we might jump to some assumption about how rude they’re being and how they’re trying to snub us and think they’re too important to reply and so on and so on, and then those thoughts may lead to memories of similar incidents and we move on to telling ourselves stories about who we are and our importance or lack of importance in the world. Proliferation!

Every time we think a hateful thought we hurt ourselves.

A lot of the time these stories we make up bear little resemblance to reality. And we know this (or should) because we’re often characters in other people’s dramas. You know, where you have one of those weird conversations where everything you say and do is taken the wrong way? What’s going on there can be more obvious for us. It can be easier to see that a story is being made up that doesn’t match with reality. But we do this ourselves all the time.

It’s a really important practice to notice the stories that we tell ourselves.

It’s a really important practice to notice the stories that we tell ourselves. When we start watching them unfolding we can quickly see that they are repetitive. It’s like we have a limited repertoire of stories that we tell ourselves about the world and our place in it. And when something goes wrong we automatically put on a “recording” of one of those stories. It might be the “poor me” story or the “why am I surrounded by jerks” story, or one of a thousand others. When something hurts us we often reach for one of these stories. They’re comforting, in a way. They give us a reassuring sense of who we are in relation to the world. But they’re also a cause of pain.

So noticing these stories is a good first step in moving towards a more satisfying way of living. Eventually, as we hear these stories for the umpteenth time, we start to take them less seriously. They still may have an effect on us, but it doesn’t go as deep. Part of us is unaffected by the narrative, and we’ve become more free. Eventually, particular stories can just die away. They’re just not needed any more. Something painful happens in life, we notice it compassionately, and we move on. We’ve stopped interpreting life and started living it.

Bodhipaksa
Bodhipaksa has been meditating since 1982 and teaching since around 1989. He is a Buddhist practitioner and teacher, a member of the Triratna Buddhist Order, and a published author. He launched the Wildmind website on November 11, 2000. Bodhipaksa has published many guided meditation CDs, guided meditation MP3s, and books. He teaches in various meditation centers around the world. He is supported by donations from members of the Wildmind community. If you're interested in becoming a supporter and in getting access to more of Bodhipaksa's teachings, please click here to learn more about his meditation initiative.
meditation and pain, philosophy, Stoicism, thoughts in meditation