“Not being able to govern events, I govern myself.” Montaigne 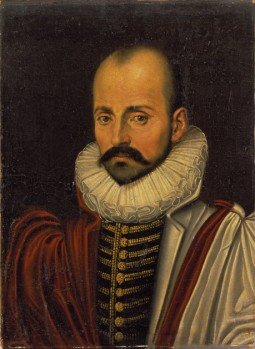 I’ve been depressed a few times in my life, but only once has it ever got so bad that I felt I had to seek medication. My doctor prescribed me something—I no longer remember what—and after taking just one tablet my depression instantly lifted. This was no miracle drug; these medicines take days or even weeks to have an effect. In fact the medication had nothing to do with my recovery, and the reason I felt better so quickly was, I think, because I admitted I was helpless.

Michel de Montaigne, the famous 16th French essayist, said that although he was not able to govern external events, he was able to govern himself. This beautiful observation embodies a truth that is old, but which we often have to be reminded of anew.

We can’t control what happens to us but we can, if not control, then at least influence how we respond to it. We often think of happiness in terms of providing ourselves with an endless stream of pleasant experiences, with no unpleasantness to mar the perfection of our paradise. And yet we can never achieve such a goal. The conditions that exist in the world are far too complex for us to be able to manage. We may want to have only pleasant experiences, but the world isn’t going to cooperate with us. We’re always going to have a mixture of pleasant and unpleasant experiences

From the Buddhist point of view, the truest happiness comes from not allowing ourselves to be swayed either by the pleasant or unpleasant. This is what’s called “equanimity,” or upekkha. When pleasant experiences arise, we enjoy them, yes, but we don’t try to get more out of them than they’re able to give us. We don’t try to hold onto them, and recognize that they’re impermanent phenomena. When unpleasant experiences arise, we bear with them, knowing that they’re going to pass, not causing ourselves further pain by resisting the discomfort with thoughts like, “This shouldn’t be happening. This is terrible!” We allow all experiences to come and go.

This doesn’t mean that we become inactive and passive, simply putting up with things that can be changed: if the room is cold we can turn up the heat; if there’s injustice in the world we can campaign to right it. But there are always going to be things we can’t control.

My depression was one such thing. I didn’t know at the time what had cause the depression, and I’m not 100 percent sure I do now, but I suspect that what was keeping it in motion was that I thought I should be able to fix it. And the more I was unable to fix my depression, the more depressed I stayed. What might have been no more than a passing mood ended up being with me for weeks. In seeking held and telling my doctor that I had a problem I couldn’t control, I freed myself from thinking that I had to control or should be able to control the depression. Without the internal pressure that came from needing to be in control, my depression had nothing to feed on, and simply vanished.

In this case, “governing myself” didn’t mean “being in control of everything.” No government is ever in total control of its nation. A government is an organ of adaptation. Instead, governing myself meant taking the most appropriate action open to me, which in this case was relinquishing my belief that I should be able to control my experience. Sometimes the best use of our ability to control is surrendering the illusion that we have control.

Bodhipaksa
Bodhipaksa has been meditating since 1982 and teaching since around 1989. He is a Buddhist practitioner and teacher, a member of the Triratna Buddhist Order, and a published author. He launched the Wildmind website on November 11, 2000. Bodhipaksa has published many guided meditation CDs, guided meditation MP3s, and books. He teaches in various meditation centers around the world. He is supported by donations from members of the Wildmind community. If you're interested in becoming a supporter and in getting access to more of Bodhipaksa's teachings, please click here to learn more about his meditation initiative.
anatta (non-self), anicca (impermanence), depression, equanimity, upekkha, upekkha bhavana