Rainer Maria Rilke: “Go into yourself and see how deep the place is from which your life flows.” 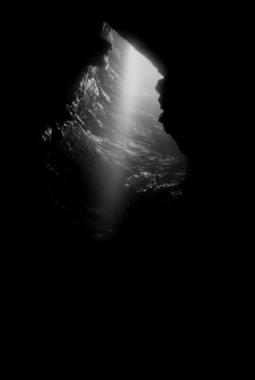 To many people, the word “mindfulness” excludes the imagination, but, as Bodhipaksa explains, there are powerful insight practices that involve mindfully imagining our connection to the wider world.

For many years I’ve been practicing a meditation known as the Six Element Practice.

The Six Element Practice is an insight meditation involving reflection on our impermanence and interconnectedness.

For some practitioners of the most common form of “insight meditation” — that taught by S. N. Goenka, and by various teachers of the Insight Meditation Society — the notion of reflecting on our experience in the way that we do in the Six Element practice can seem odd, and even contradictory to what they understand of meditation and of mindfulness.

Images spring into my mind, evoked by the words I’m speaking

In the Earth Element reflection, for example, we call to mind everything solid within the body. This includes some aspects of the body that we can directly sense, such as the mass of the muscles, the hardness of the teeth, and the resistance offered by some of the bones. But being aware of what is solid in the body goes far beyond what we can directly sense, and takes us into an awareness, for example, of the internal organs, the bone marrow, and even the contents of the stomach and the bowels—all things we are asked to become aware of in the traditional descriptions of the practice. These are things we can’t perceive directly, and so we have to imagine them. In the Buddha’s day people would be familiar with anatomy from seeing animals butchered, and from seeing bodies in charnel grounds. Nowadays we can picture those organs in the mind’s eye by drawing our experience of illustrations we may have seen in books, magazines, or on television programs.

Similarly, in the Earth Element reflection we call to mind the solid matter in the outside world. When I’m leading others through the practice I usually draw attention to some examples: the solid floor that supports us and the building covering us, the ground below, rocks and boulders, the distant mountains, the trees and other plants in our environment, buildings, vehicles, the bodies of people and animals, etc. As I say these things out loud for the benefit of students, I find that images spring into my mind, evoked by the words I’m speaking. Sometimes, in order to cultivate a sense of the solidity of the external Earth Element I’ll recall or imagine grasping a handful of soil, or hefting a stone in my hand, or pushing against the rough bark of a tree trunk.

Einstein once referred to our sense of separateness being a kind of optical delusion of consciousness.

Imagination allows us to see aspects of reality that aren’t immediately obvious to the unaided senses. Our senses end up fooling us because they’re unable to directly perceive process. When I become mindful of my body, aware only of what is available to my raw senses, I can be fooled into thinking that my body is more static and separate than it is in reality. Einstein once referred to our sense of separateness being a kind of “optical delusion of consciousness.” He was using the words “optical delusion” as a metaphor, but the metaphor is actually very accurate. When I look at my body I see a boundary separating self from other. I also see something that is relatively unchanging. This is what my senses present to me—the body as a “thing.” And yet in my imagination I can recall the way in which my body has come into being by ingesting nourishment and how what constitutes my body is constantly changing from being “self” to being “other.” By recollecting in my mind’s eye the various ways in which the elements flow through my body, I find I can have a truer perception of what the body is: something that is not separate and not static.

All this, however, rather goes against a certain idea of mindfulness, which is that it involves being aware only of what arises in our present moment experience, such as the sensations being presented to our bodies and any thoughts and feelings that arise naturally. In the Buddhist tradition, however, the mind is considered to be a sixth sense, so that when we reflect on our internal organs or on the solidity of the earth we are simply paying attention to the present moment experience of our visual and tactile imagination. Mindfulness can include these things.

And imagination can be a valuable gateway into insight. It allows us to, in Rilke’s words, go into ourselves and see how deep is the place from which our lives flow. Imagination helps us to make the invisible visible, and to see truths that our unaided senses cannot detect.

Bodhipaksa
Bodhipaksa has been meditating since 1982 and teaching since around 1989. He is a Buddhist practitioner and teacher, a member of the Triratna Buddhist Order, and a published author. He launched the Wildmind website on November 11, 2000. Bodhipaksa has published many guided meditation CDs, guided meditation MP3s, and books. He teaches in various meditation centers around the world. He is supported by donations from members of the Wildmind community. If you're interested in becoming a supporter and in getting access to more of Bodhipaksa's teachings, please click here to learn more about his meditation initiative.
Goenka, imagination, insight meditation, six elements