“The future is no more uncertain than the present.” Walt Whitman 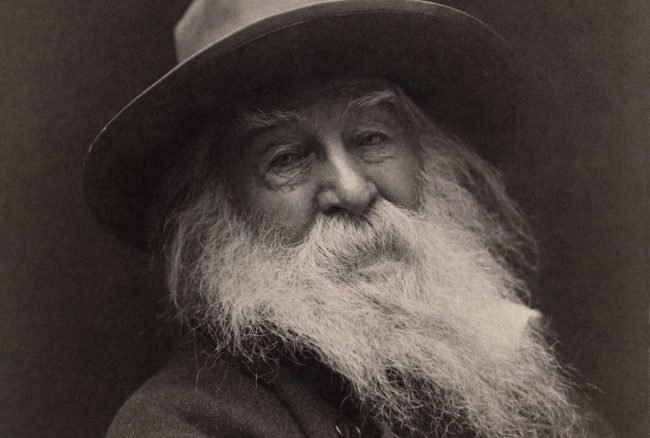 If you’re a long-time visitor to this site you may have wondered why there are fewer posts here than their used to be. It’s not that I’ve semi-retired, or anything like that. In fact I’m busier than ever with my teaching work, but most of it is seen only by people who sponsor Wildmind, and thus support me to teach meditation. If you’re interested in supporting my exploration and teaching of meditation, please check out Wildmind’s meditation initiative.

Whitman appears to have been obsessed with the concept of karma. Perhaps that’s not surprising, given that he was influenced by Transcendentalism.

In the “Song of Prudence,” for example, he wrote:

His embrace of the principle of karma is something I might write about at another time. Today I’d like to go in a different direction.

When Whitman (in a poem called, “The Future”) wrote the line, “The future is no more uncertain than the present”  he was expressing confidence that the future would be an improvement on the present, because “we all are onward, onward, speeding slowly, surely bettering, / The world, the human race, the soul.”

I read the line “The future is no more uncertain than the present” differently from how Whitman intended it, however.

I interpreted the quote to mean that the present isn’t as certain as we think it is. This isn’t what Whitman himself meant, but it’s where my mind went.

We’re used to the idea that the future is unpredictable and unknowable, while we think we know what’s going on right now. But what if our certainty is misplaced and we’re getting it all wrong?

One of my meditation students, for example, has been sharing how she’s learning to see through the delusion that other people make us feel and act in certain ways: He’s making me anxious; she’s making me angry. Those statements are so certain, suggesting that we know what’s going on in the present moment. But they’re false certainties.

All those certainties about the present. All wrong.

Which brings up the question, what else are we getting wrong about the present?

Often, for example, we focus on what’s going wrong in life, and on the things people are doing that we don’t like, and we ignore all the things that are going right. The car needs repairs again and realize we’ve run out of milk for our coffee, and we think, “What a day! Nothing is going right!”

What else in this present moment are we certain about, but getting wrong? According to the Buddha, just about everything.

He talked about four kinds of cognitive distortions (Pali, vipallāsā; Sanskrit, viparyāsā) that affect how we understand the world:

Perceiving impermanence as permanence,
suffering as happiness,
not-self as self,
and ugliness as beauty—
sentient beings are ruined by wrong view,
deranged, out of their mind.

Right now, the one of these that most interests me is when we imagine things that are sources of suffering to be sources of happiness. Take any kind of addiction, if you want an extreme example. When we’re in the throes of addiction, over and over again we see the thing we crave as being a source of happiness and an escape from suffering. This of course is a cognitive distortion, and we have things upside down and backside foremost.

The reverse is also a vipall&#257;sa: seeing sources of happiness as sources of suffering. An example I often think of is the reaction I get from some people when I tell them I’m going on a retreat with lots of silence and no access to TV. For many the very thought of that is painful. And yet the simplicity of such a retreat is positively joyous.

So we can have all these fixed certainties about what things are like in the present, but it turns out that those certainties are wrong. Once we’ve seen that pattern repeat itself a few times it seems wise to start regarding the present as being as uncertain as the future. We could call this “intellectual humility,” or “receptivity,” or even “courage” — because that’s what it takes to let go of potentially false certainties in order to open ourselves to perceiving things as they are, not as we believe them to be.

Bodhipaksa
Bodhipaksa has been meditating since 1982 and teaching since around 1989. He is a Buddhist practitioner and teacher, a member of the Triratna Buddhist Order, and a published author. He launched the Wildmind website on November 11, 2000. Bodhipaksa has published many guided meditation CDs, guided meditation MP3s, and books. He teaches in various meditation centers around the world. He is supported by donations from members of the Wildmind community. If you're interested in becoming a supporter and in getting access to more of Bodhipaksa's teachings, please click here to learn more about his meditation initiative.
cognitive distortions, vipallasas