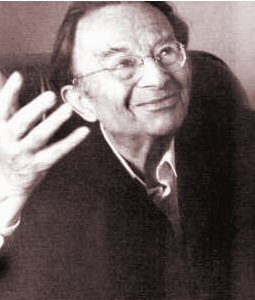 When I sat down to write this post just a few minutes ago, I looked at this quote, which I had chosen last week, and felt an inner heaviness. “I have nothing to say” was my thought. My impulse was to head to the internet to find something “easier” to write about — something that would unleash an instant torrent of thoughts. Fromm’s words had looked appealing last week, but today they evoked nothing but fear.

I was experiencing resistance. I was experiencing doubt. But to be creative is “not to take any stage of life as a final stage.” Resistance and doubt are not final stages. They are not substantive. They are not fixed or solid. They’re like fog born over a lake in the hours before dawn, destined to dissipate as the sun rises. If we react to doubt, though, we take it to be something solid, something to be feared and to escape from. But it’s only a delusion that it’s solid.

So this is the awareness I bring to meet my resistance: Here you are. I find you unpleasant to be with, but although I fear you I will turn toward you. I will bring the sun of my awareness to meet you, and watch you dissipate.

And another birth happens. As doubt dissolves away, words appear, and confidence is born.

When we take the birth of something we find uncomfortable, like doubt and resistance, as being “final,” we make a judgement about ourselves (“I can’t do this; I have nothing to say; I’d better not do anything or people will think it sucks”). We run from the unpleasant, since we have deemed ourselves incapable of enduring it. We seek an easy escape from our pain. We cease to live creatively and responsively. And in doing so we give life to our doubts, making them appear more solid and substantive than they actually are. The judgements we make become our self-view (“I’m not the creative type”). We fix ourselves. We take ourselves as something final. We fail to act responsively. We fail to truly live.

To be creative is to live. It’s to live fully. The Buddha said that only those who are aware are truly alive. He said that those who lack awareness are like the dead. In the zombie-like state in which most of us spend the majority of our lives, we are not mindful, and so instead of responding we merely react. Rather than living as fully aware and responsive beings, a bundle of habits stumbles through a simulacrum of life.

Mindfulness allows us not so much to live life without fear, but to see our fears (and that which we fear) as just one more part of the process of life; as just one more impermanent arising; as the fog before the dawn.

Mindfulness opens the way for us to view everything we experience in this way. Our very sense of self may dissolve away. It’s not that we entirely lose our sense of self, but that we stop seeing our self as composed of anything substantive. Our “self” is not a final stage. It’s something in process. It’s composed of change. We see, in a way, that our “self” isn’t a “self.” It is nothing but moments of birth and death.

Mindfulness brings understanding, or wisdom. And with this wisdom we recognize which of the processes unfolding within us are life-denying, born of fear. Fear itself has this life-denying quality, as do grasping, hatred, resistance, and aversion. These qualities are manifestations of our inability to see all experiences as transitory and evanescent events. They represent our false belief that some stages are final. And we respond not by fleeing from these inhibiting and life-denying processes, but by turning toward them with mindfulness, seeing them as impermanent and insubstantial, and seeing through them.

Just this:
Bodhipaksa, thank you for this beautiful post. It spoke to me. It touched my heart and meant so much to me to read it just at this moment in my life. Thank you for being a part of my daily Facebook timeline. Your posts are full of light and wisdom. They bring to me peace and also spiritual growth. And since that is the definition of love: Supporting another person in his or her spiritual growth, I would like to say: Thank you for your love:-) <3

Thank you for your kindness in writing, Erika.

Thanks again for your insight and teaching by example. I have spent my whole life in avoidance of fear and pain and I no longer want to live in such misery.

I have been thinking a lot lately of the term “flowing”. Let life flow. Don’t freeze up. Stay aware, stay mindful, even if fear enters the picture and makes me want to constrict and withdraw: stay present with the feelings. Try even to locate the feelings of resistance and doubt in my body. This is a life-long process. This is a way of life. An attitude. And it seems quite akin to what you call “creativity”. So beautiful to see something from a different perspective.

So glad to see some acknowledgment of Fromm. He has fallen out of fashion, now, because he was so doggedly liberal, and certainly cannot be used to support the current USA war machine. Oddly, I first learned of him in a high school corse that featured, first, SI Hayakawa on semantics, then Fromm’s _Art of Loving_. It’s odd to me, how the thinking of two people, starting from nearly the same intellectual base, could diverge so broadly in later years.
For those who want to explore further, Fromm’s _Escape from Freedom_ and _The Sane Society_ are excellent beginning points.

I am at the beginning of this practice, though I have been eleven years in my attempt at hunting the great elephant, enlightenment had always been for me an escape from life and events contained there. The opening in my life is… like settling into the riverbed, as the space opens around me and what once were just words are now an ever deepening experience, coloring and enriching life. A wonder article.

It’s interesting, but I don’t see meditation or Buddhist practice generally as being an escape from life at all. It simply trains me to participate in life in ways that don’t cause me, or others, as much suffering.

With regard to hunting elephants, one of the things I eventually realized (and it took me a long time to do so) is that we’re already sitting on the elephant’s back. We don’t need to hunt it; we just need to realize that it’s been there all the time.