“When another person makes you suffer, it is because he suffers deeply within himself, and his suffering is spilling over.” Thich Nhat Hanh 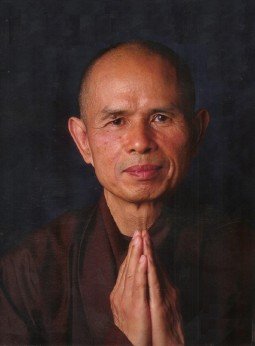 I grew up in a family dominated by alcoholism, narcissism, illness and dysfunction. There were four of us, my mother, my father, my older brother and myself.

From a young age, I had a lot of responsibility. I was a parentified child, caring for my older brother who was epileptic and also caring for my parents whose main focus of concentration was on themselves.

Growing up I was filled with confusion, dissatisfaction, and suppressed anger.

As a child, I did not know other children were busy playing and being cared for. For me it was all about caring for others. I was left alone while my father worked, my mother shopped, and my brother was taken where he needed to be.

As a result of these dynamics, I grew up trying to please my distracted parents. I wanted nothing more than to win their approval and affection.

Expectations of me from my parents were many and grew in number as I did in age, until, as an adolescent I became rebellious as a response to a domineering father and a controlling mother.

My parents tried to enforce who were my friends, the young men I dated, my thoughts and my behavior. As a result, I married a man they disapproved of, who, (un)surprisingly was very much like them – narcissistic, unable to show love and affection and cut off from his feelings.

As I went out into the world, worked, married, became a mom, talked with others, read a few books and practiced Buddhism, I realized that my upbringing was filled with dysfunction and there were reasons that I had issues with trust, felt “different”, turned myself inside-out to win approval, had anxiety and suffered with depression. And as I worked with all of this in meditation and keeping a dream journal I realized I had lots of anger – even rage.

People work with anger in different ways. My way was to repress it. As I worked with my dreams, I realized I felt rage at the man I married and later I realized I also felt rage towards my parents. It was safer, when I was younger, to repress the rage as a way of “holding onto” my husband and my parents. Repressing anger, however, is not such a healthy thing to do – it takes a toll on the body, the mind and the spirit.

Marshall Rosenberg teaches nonviolent communication, and writes “You can feel it when it hits you. Your face flushes and your vision narrows. Your heartbeat increases as judgmental thoughts flood your mind. Your anger has been triggered, and you’re about to say or do something that will likely make it worse.  You have an alternative. The nonviolent communication process teaches that anger serves a specific, life-enriching purpose. It tells you that you’re disconnected from what you value…”

Rosenberg’s quote on anger helped me to realize that anger serves an important purpose. The quote helped me to understand my reactivity.   And, understanding my reactivity and that my parents were suffering, allowed me to transform the anger to compassion.

I realized that no matter how much I gave to my parents, it would never be enough. No matter how many times I flew across the country to visit, or stayed for weeks to help them recuperate from surgery, or help them move to an assisted living situation, they would always let me know that it wasn’t good enough.  This caused me suffering, and they suffered as well.  They suffered by being unable to accept the love and care I offered them.  They suffered by wanting more than is reasonable to expect.

As I started saying “no” to unreasonable parental expectations and abuse I felt a huge sense of loss. Because I understand unconditional love, the love I have for my children, I realized that I never had unconditional love as a child.

Along with the loss comes relief, clarity, positivity and strength. Realizing that I no longer need to put myself in situations of abuse has helped the anger subside and compassion arise.

I have found Thich Nhat Hanh’s quotation “when another person makes you suffer, it is because he suffers deeply within himself, and his suffering is spilling over” to be true and when I keep it in mind I can let go of anger and embrace compassion.

Saddhamala
Saddhamala (Nancy Nicolazzo) was a veteran of teaching, consulting and coaching, and the founder of MindfulWorkshops. Assisting individuals and corporate professionals to find ways to improve their personal and professional lives with skillfulness, compassion and awareness was her joy and the focus of her online Mindfulness Coaching. Saddhamala was for many years a member of the Triratna Buddhist Order and active at Aryaloka Buddhist Center in Newmarket, New Hampshire. She passed away in 2020, at the age of 70, from complications of cancer. She had two sons, Zach and Adam.
anger, Buddhism, meditation and compassion, meditation for anxiety, meditation for children, mindful parenting