Waking up to the truth 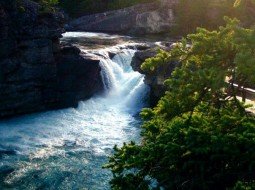 When I came to Buddhism 22 years ago, I would never have admitted to being an addict. After all I was doing what everybody else was doing in my work and social life. No one I knew  was in a 12 step program, or thinking about sobriety. We were in our 20s, happy go lucky and indulging in our hedonistic lives.

In fact when I first mentioned I was going to stop drinking, my friends were horrified. “What? Not even champagne?” How could I refuse such an offer? “Okay champagne only.” That’s how I became the champagne Queen. People knew not to offer me anything else but the fizz.

By the time I was 28 I got to a place in my life where I knew I had burnt copious holes in my brain. Something intuitively told me meditation was the answer, despite the fact I had never formally meditated before. However, I knew the brain was capable of developing new brain cells, and therefore it needed something like meditation, learning a new language or simply doing headstands to revitalize it. Meditation I thought was the easiest option.

Thankfully, visiting a Buddhist Temple was much more hip among my friends. After all, we all needed something to balance our lives in the fast lane.  It was safer than therapy, and not considered navel gazing. The fact I could go to meditation class, and go out clubbing all night after, was acceptable.

I drank Aqualibra and so nobody noticed I wasn’t drinking.  I could meditate for half an hour, get up from my cushions and feel high. I could go on a week retreat, and feel like I was tripping. My addict had found something else to obsess with. I hadn’t bargained for the Dharma, the teachings of the Buddha, or for reciting the five lay precepts, one of which was ‘abstaining from taking intoxicants.’

There came a point that I had to admit listening to dharma talks was having an impact on my life. Alcohol and stimulants began to fall away. Even some friends too, but most were inspired by the fact that I had found a natural way to be high. I got addicted to guarana,  a native American plant, and kola nut, an African caffeine bean. I had gone from being the champagne queen, to the Duracell battery, as I had more energy than anyone who had popped or snorted something.

I began to realize that champagne, stimulants and natural highs were all about my external ego. How sad was that? As soon as I realized this I began to let go. However, my root dis-ease, root addiction, was food. From the age of 16 I struggled with anorexia, and then became a chronic bulimic. I could not walk past a food shop, or a table of food without eating. I could not refuse food, and would steal and lie to get my choice of drug. I could not eat food without throwing it all up. And so I was on the pendulum of craving and aversion.

Amidst this whirl wind of partying, and natural highs, meditation had cultivated a gap. It was this gap, that led me to recovery. In the gap, I had to discover my own truth. That I was an addict, and I needed to change. Not just an addict to food, but I was addicted to life. I didn’t want to age, get sick or die. The irony was that I was living a life that could accelerate all of these things. I didn’t want to see the ascetic, the fourth sight of the Buddha. To witness the man begging, was too much of a harsh metaphor. It would mean having to let go of how I made my money, how I lived my life. I would have to question my ethics.

The four noble truths came to my rescue. Next month, some of the things that shaped me before I was graced with the Buddhist core teachings; The Four Noble Truths. 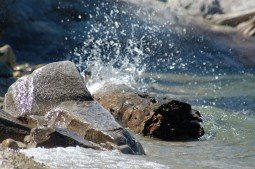 A new monthly blog first Monday of the month, by Vimalasara, a.k.a. Valerie Mason-John.

Why is it that so many people make new year’s resolutions, and two weeks later, they are off the wagon?

A study in 2007 by Richard Wiseman from the University of Bristol UK showed that 78% of those who set New Year resolutions fail, and those who succeed have 5 traits in common.

Men achieved their goal 22% more often when they engaged in goal setting, (a system where small measurable goals are being set; such as, a pound a week, instead of saying “lose weight”), while women succeeded 10% more when they made their goals public and got support from their friends.

Of course, the date the new year begins is dependent on the culture we come from; not everyone writes down their resolutions for January 1st. Most cultures do, however, mark the beginning of their new year by letting go of the old.

In fact, up until 1751, the new year in England and Wales began on March 25th, despite the fact that the order of months in the Roman calendar has been January to December since King Numa Pompilius in about 700 BC. Many countries in Asia mark their new year in the spring period, which seems more apt for new year’s resolutions, as the new cycle of life in nature is about to emerge.

Despite all this, the fact remains that millions of people all around the globe will be making new year’s resolutions on January 1st. These resolutions will range from abstaining from intoxicants or from over-indulging in food to paying off debt, getting physically active, or being less grumpy.

Apparently, the top 5 resolutions for 2012 are to

Notice that none of them have anything to do with abstaining, which may be one of the factors that helps maintain a resolution. In Buddhism, we tend to think of vows—making a strong commitment to oneself. In the lay tradition there are five precepts that we can take and observe. A person may take only one or two precepts, or all five, precepts as a commitment to oneself to change. Though these precepts talk of refraining from an action, they are not commandments. They are what Thich Nhat Hanh calls “Training Principals” for the mind. Sangharakshita, the founder of the Triratna Buddhist Community has developed a positive antidote to each precept to help us train the mind:

These antidotes could be seen as the remedy for keeping one’s commitment to oneself. Perhaps lending from Sangharakshita’s advice, when making a new year’s resolution for 2012, think about the antidote. And, most importantly, think about an action plan.

For example, the resolution, I will not overeat any more, could have the antidote, With serenity and courage, I purify my mind.

The action plan could be, I will seek help. I will record what I eat so that I notice exactly what I am doing with my food.

Awareness is the key to success when making a resolution.

Of course, we do not have to wait until the new year to change our lives. Some people use their birthday as a time of reflection. For others, fortunately or unfortunately, a tragic experience or threatening illness brings about period of reflection. However, after a period of time, we often find ourselves off the wagon again.

Buddhism, like many spiritual paths, can offer freedom from suffering if we are willing to open up to the core teachings of the Buddha. They can offer a way of living that enables us to stay on the wagon. Or in Buddhist speech, enable us to stay Mindful and Aware.

A short practice to enable us to become more Mindful

Next Month – Exploring the first core teaching of Buddhism and Recovery. The First Noble Truth.