The three refuges and five precepts 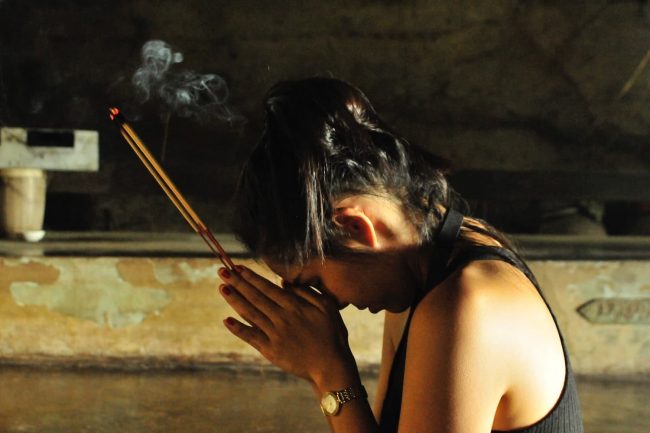 The Refuges and Precepts are not mantras, but they are chanted in a mindful way in order to connect our minds with the goal of spiritual awakening. So they have the same function as mantras, ultimately.

The chant is in several parts.

The words “Namo tassa bhagavato arahato sammāsambuddhassa” are chanted three times. This is a salutation to the historical Buddha, and it means “Homage (namo) to him (tassa) the blessed one (bhagavato) the worthy one (arahato) the fully and perfectly awakened one (sammāsambuddhassa).

Then comes the threefold refuge formula:

This is then repeated a second and third time, thus:

Dutiyampi means “for a second time …”

Tatiyampi means “for a third time…”

Then come the five precepts, which are five ethical training principles that we undertake to put into practice in our lives. These are:

These are not commandments. Each precept contains the words sikkhāpadaṃ samādiyāmi, which mean “I undertake the training principle.” So there’s no compulsion; these are practices taken on in order to train the mind to be more compassionate and mindful, and not rules undertaken in order to avoid punishment.

In order, these precepts mean:

The precepts end with a three-fold “Sādhu!”, which means “Good!” or even “Alright!”

The early Buddhist tradition, as it’s been handed down to us, tends to emphasize what we shouldn’t do, although some of the suttas (Buddhist discourses) also stress the positive counterparts of the precepts. In order to acknowledge what we’re trying to cultivate, as well as what we’re trying to avoid, in the tradition I practice within (the Triratna Buddhist Community) we add five “positive precepts,” which are also part of the chant.