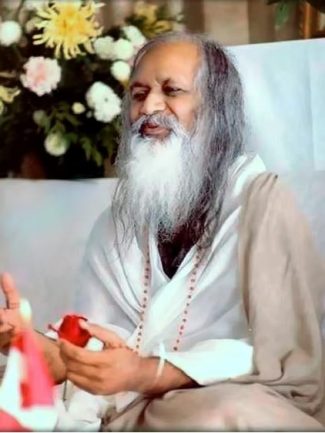 Just about everyone has heard of “Transcendental Meditation,” to the extent that it’s often the first thing people think of when the word “meditation” is mentioned.

Transcendental meditation is simply mantra recitation, although the mantras are typically much shorter than those you have been introduced to here. TM is loosely based on the Hindu religion and was brought to the West in 1959 by Maharishi Mahesh Yogi, who was a devotee of Swami Brahmanand Saraswati Maharij, a well-known and highly respected Indian guru.

In the 1960’s the Maharishi gained substantial publicity by attracting some famous followers, most notably Mia Farrow and the Beatles. TM has now grown into a substantial movement that makes some rather grandiose claims about the effects of their practice, including the claim that TM can help you to levitate. They formed a political party — the Natural Law Party — which sought to establish world peace through the spread of TM. The party folded in 2004, but seems to have morphed into what is called “The US Peace Government,” organized by the same person who had founded the US Natural Law Party.

The organization now has its own University and its own town — Maharishi Vedic City in Iowa.

The TM organization is rumored to be worth between $2 and $3 billion.

The TM movement claims that its secret mantras are chosen specifically for the individual, who must not reveal his or her mantra to anyone else, or even discuss their meditation practice. However, there are web sites revealing all the TM mantras, which appear to be allotted by means of a simple formula based on the age and sex of the student.

Initially, (in the early 1960’s) there were only two TM mantras, “Ram” for males, and “Shiriram” for females. There are now around 16 of them, as well as some “advanced” mantras, such as “shri shri aing namah namah.” These mantras invoke the names of Hindu deities.

A complete list of the “secret” TM mantras can be found here.

That the Science of Creative Intelligence/Transcendental Meditation and the teaching thereof, the concepts of the field of pure creative intelligence, creative intelligence and bliss consciousness, the textbook entitled Science of Creative Intelligence for Secondary Education–First Year Course–Dawn of the First Year of the Age of Enlightenment, and the puja ceremony, are all religious in nature within the context of the Establishment Clause of the First Amendment of the United States Constitution, and the teaching thereof in the New Jersey public schools is therefore unconstitutional.

Many scientific studies that have examined the effects of meditation have used TM, partly because TM is a commonly-known form of meditation and possibly because the TM movement naturally sees scientific studies as bolstering its credibility and has heavily promoted them. Many studies have shown TM to be beneficial, although some tests have reportedly shown negative or neutral results.

The mantras in our site are from the Buddhist tradition rather than the Hindu tradition, and are not related in any way to TM.