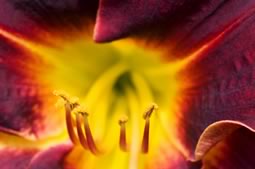 If we go about trying to contact our emotions in the wrong way in our meditation practice, it can actually make it harder to feel them.

I remember once when I was leading a retreat, a young man came to me after a session of the Metta Bhavana looking rather worried, and said to me:

“You know, I got really upset during that last Metta Bhavana because I couldn’t work out how I was feeling.”

He said: “So I was!” as if I’d just worked out something really hard.

In Britain, where I come from, we have these Christmas stage shows called pantomimes. They’re really ritualized (which is part of the entertainment), and one of the rituals is that at some point the “baddie” (the Wolf, or the Sheriff of Nottingham, or whoever) is standing menacingly behind the hero. The hero asks something like: “I wonder where that big, bad wolf is?” and all the kids (and most of the adults, who enjoy these things just as much, but don’t want to admit it) shout, “Behind you! Behind you!”

The hero then turns round really, really slowly, but the baddie moves around behind him at just the same time. So the hero turns back to the audience (with the baddie moving round at the same time) and says “Where did you say he is?” And this goes on for a while.

Sometimes looking for our emotions is a bit like that. We make such a heavy-handed effort to find them that we’ll never catch a glimpse of them. To find emotions requires simply that we be receptive and open.

This kind of receptivity starts with body awareness (see the section on posture for more details). If we become more aware of our bodies and relax, then it’s much easier to be aware of those more subtle parts of ourselves like our feelings and emotions.