The disadvantages of anger 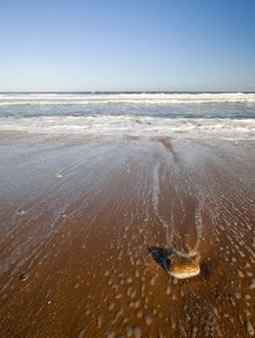 Most Thursday afternoons for the last two years I’ve driven an hour west to Concord, the New Hampshire state capital, left my car in the visitors’ parking lot of the prison there, and after handing over my drivers license and signed in I’ve made my way through a series of heavy doors made of buff-painted steel bars that slam shut behind me.

I’ve gone up a staircase that gives me a brief view of the prison yard, usually at the time that the inmates, in their green jackets and pants, with gray sweatshirts if the weather is colder, are moving from one building to another.

At the top of the stairs I’m buzzed through another door, sign in once again and I pass inmates sitting on a bench waiting to see various psychological professionals in the mental health wing. I step into the chapel, where the constantly rattling air conditioning is always turned up way too high and where a group of inmates is patiently waiting.

And there, in the chapel, we meditate in the closest thing to silence a medium security prison will allow, with the fans rattling and distant doors slamming so loudly that you can feel the vibrations running up your legs and through your whole body. After the meditation we check in to see how everybody’s doing, and then discuss the intricacies of practicing Buddhism in this inhospitable environment.

The prison rules say that I’m not allowed to ask what crimes these men have committed, but as they’ve grown to trust me they’ve begun to tell me their stories. One molested his daughters. Another, driving under the influence of drink and drugs, killed a man. Another, in the course of burgling a house in order to feed his crack cocaine habit, murdered a man in a blind panic.

Hearing this you’ll no doubt be surprised to hear that these men are amongst the most interesting, kind, and likable people I’ve ever met. Had I met these men at a continuing education class I was teaching at a local college I’d have been wondering what I’d done to have such an intelligent, thoughtful, and reflective body of students.

Murderers, rapists, and child-molesters may have committed monstrous acts, but from the outside they tend to look like anyone else. They don’t have horns and tails, let alone the cold, staring eyes of tabloid infamy. People who do terrible things can also have many fine and admirable qualities. They can show kindness and compassion, and are friendly, considerate, and respectful.

What makes the people I work with different is the things they’ve done. Each of these men, under the influence of powerful emotions of craving or hatred, or of indifference to suffering, has done things to cause immense harm to others.

Emotions have a habit of carrying us away. Anger is a particularly corrosive force that eats away at our sense of ethical restraint until it breaks through entirely and we do something we will later regret. Anger hurts us while it’s present in the mind, it hurts others, and the consequences of our acting or speaking out of anger can haunt us for a very long time.

For this reason, the Buddhist meditation tradition encourages us to reflect on the consequences of acting out of anger in order that we begin to weaken its hold over us.

Consciously directed thought can be a powerful tool for developing greater emotional wisdom, and the metta bhavana practice is a direct antidote to anger.

In the next exercise I’ll suggest a number of ways to reflect on anger in your life.