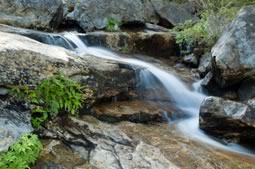 As always, we suggest you practice the four stages you already know, read the background information on this stage, and spend a few days reflecting and practicing before moving on to the last stage of the Metta Bhavana meditation.

This stage of the meditation is traditionally referred to as the stage where we cultivate lovingkindness for an “enemy.” Many of us feel uncomfortable using that language, because it tends to create a polarization in the mind, leading to us associating this person will all the baggage that the word “enemy” tends to carry.

The way the human mind works is very interesting. For example some psychological research suggests that people choose a political party early in life, often on the basis of one major policy that they happen to agree with and that is important to them. There may at this point be many things in their chosen party’s platform that they disagree with, and many aspects of rival parties’ policies that they feel in harmony with.

But what then happens is that the potential voter strives to maintain cognitive consistency. Although they may have started by agreeing only with one policy that they happened to feel strongly about (say, education policy) they start to take on board many, if not all, the other policies that their chosen party puts forward.

Conversely, they start to automatically and systematically disagree with the policies of opposing parties, even if they started by agreeing with those policies. The opposition has become the enemy, and while the chose party can often do no wrong, the “enemy” can do nothing right.

Experiments in a recent presidential election in the US showed voters with Democratic or Republican affiliations footage of the two main candidates contradicting themselves. Democrats judged the republican candidate harshly for his inconsistency while finding reasons to absolve their own man from blame. Republicans did exactly the same thing for their candidate.

What I’m getting at is that once we’ve decided that someone is the enemy, we’ll go to extraordinary lengths to maintain cognitive consistency. We’ll ignore the “enemy’s” good qualities, exaggerate his or her faults, and we’ll interpret his or her actions in ways that confirm to us that he or she is worthy of being disliked.

Back to meditation, that’s why we don’t like using the traditional term, “enemy”.

I’ve tended to use the term “difficult person” instead, and you’ll find that term liberally sprinkled around this site. But more recently I’ve realized that using the term “difficult person” suggests that the difficulty lies within that person, which of course is rarely absolutely true. Usually the difficulties that occur in a relationship are the result of factors within both parties, and often when we have difficulty with another person the cause is almost entirely our own actions towards them, including the very tendency to judge an “enemy” unfairly.

So more recently I’ve tended to talk about “the person you have difficulty with.” It’s a bit more clumsy than “difficult person” and less snappy than “enemy” (which is a great sound-bite word) but I think it’s more accurate and helpful. I know some teachers go a step further and think that calling someone a “difficult person” is un-metta-ful because it suggest that the person is inherently difficult rather than allowing for the possibility that the problem lies with our responses to them, and because it’s a form of labeling. And I think that’s true. However referring over and over to “the person with whom you have difficulties” can be rather wearing!

But coming back even more to the meditation practice, one of the things that’s happening when we’re cultivating lovingkindness towards our enemy — sorry I mean “person we’re having difficulty with” — is that we’re overcoming that very tendency to demonize opponents.

I’m sure the research into the psychology of meditators with regard to political affiliation would be most interesting!