The fourth stage as rehearsal 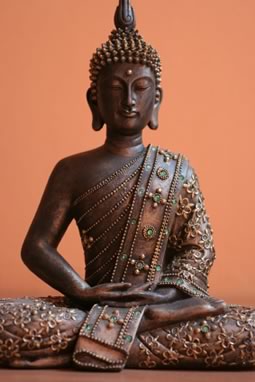 You can see this stage (like the neutral person stage) as being a rehearsal for life outside meditation.

You might want to think about something as simple as how you will greet the person you have difficulty with when you next meet. If you can be more friendly than usual then it will have a definite effect on your relationship.

If you’re aware of any unhelpful patterns that the two of you have established, then you might like to think of a friendly and respectful way that you can change those patterns — perhaps by giving them praise, or by apologizing for something you have done wrong.

Don’t be surprised if any friendly overtures have the effect of causing suspicion, or even hostility. If there’s a bad history between the two of you then your well-meaning actions might well be misinterpreted as a manipulative trick.

It’s also worth watching out for the reaction we commonly have when we hold out an olive branch only to have it knocked out of our hand with an angry blow. Often we can have a naive assumption that if we do something “nice” then the other person “should” appreciate this and that if they don’t — well, that just shows we were right about them all along!

The power of the past

It’s not always possible to overcome past habits easily, and we have to be prepared to have our peaceful overtures rejected.

But if you stick to your guns and persist in being friendly, then things will almost certainly begin to change for the better.

It’s worth pointing out here that I’m not suggesting that we “be nice” for selfish reasons, in order purely to make life easier for yourself. Although sometimes a bit more of that would make life a bit easier for a lot of people.

Consciously acting in a kind way towards someone that we have difficult with isn’t being false. On the contrary, acting in this way is consonant with the most fundamental truths of life — that we all are striving for happiness.

I could argue that in acting in an unfriendly way towards others we are being more untrue to ourselves that when we are acting kindly.