Who to choose as the friend 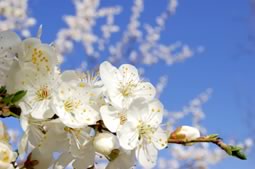 There are some traditional suggestions for who we should choose—and who we should not choose—for the second stage of the Metta Bhavana. These aren’t so much rules as helpful suggestions based on the experience of past meditators, because some approaches to the practice are more useful than others. The fact that these are not rules doesn’t mean that you should disregard them lightly. On the contrary, I’d suggest taking them seriously.

These suggestions are intended to help keep the practice relatively simple, so that we don’t end up confusing other emotions with lovingkindness (metta) and don’t evoke powerful emotions of grief that would make it hard to cultivate to cultivate lovingkindness.

Pick someone who is roughly the same age as yourself.

We want to make sure that it is metta we develop, and not sentimentality (which can crop up if we use a younger person in the second stage), or feelings of wanting to please an authority figure (which can occur if we choose an older person).

So pick someone who’s within a few years of being the same age as yourself.

Pick someone you won’t be sexually attracted to.

The reason for this is that if you get lots of warm emotions flowing towards your rather attractive friend it might turn out to be sexual attraction or romantic feelings that you’re cultivating, rather than Metta.

It’s not that Buddhism has anything against sex. Buddhism in fact sees sex simply as another human activity that can be more or less skillfully pursued. It’s just that we want to keep the practice fairly straightforward at first, and to be sure that what we’re cultivating really is metta.

Pick someone who is alive.

You might have a friend who’s dead, and that you have a lot of warm feelings towards, but there may also be lots of other feelings associated with that person — like regret, or guilt, or sadness. There’s nothing wrong with those feelings, it’s just not what we’re trying to cultivate in this practice.

In final stage of the practice you can include all of the people above that I’ve suggested you don’t use.

Also, once you’ve been doing the practice for a while, and have a better sense of what metta feels like, you can use your discretion more in who you pick. For now though, let’s make it easy on ourselves, and play it safe.

is it necessary for this person to be someone i talk to often?

No, it’s just necessary that it’s someone you feel warmth and friendliness towards.

Is metta cool? Warm? Does it vary between the two?

It’s warm when it’s overtly emotional, which it is when it’s fully developed. But metta can also be an attitude; we can have lovingkindness inherent in our actions without necessarily feeling any strong emotion. Ultimately, though, it’s a very warm state of relationship.

I’ve felt something cool on my shoulders. What could that be?

It’s hard to say what that would be, but it strikes me as being unrelated to metta.