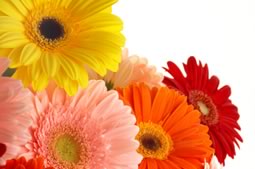 Procrustes was a character from Greek mythology who had a bed that he claimed would fit anyone – no matter how tall or short you were. And he was right, in a way. If you were too long for the bed then your feet would be chopped off, and if you were too short for the bed, then you’d be stretched until you were the same length the bed was. This was the ancient Greek equivalent of “one size fits all”.

The world that is around us can be like that bed. We can mold our environments to a particular “shape” that will accept us as long as we in turn continue to fit ourselves to the parameters that our environments provide. We talk about this kind of thing when we say that someone is like a “square peg in a round hole”. This can be very painful when it happens to us, especially when the corners of our personalities are brought into conflict with our environment.

The “Procrustean bed” (or the round hole – it doesn’t really matter which metaphor you use) is partly composed of other people, who have developed expectations of how we will behave. They’ve usually based these expectations on how we’ve behaved in the past, so in a way we’ve created our own environment.

When we start to change, it’s often the case that people will happily accept those changes. If we’ve become a bit happier and friendlier, then few people are likely to complain. There are times when changes that seem important to us will simply meet with indifference, although I suspect that this is often disguised fear or hostility. So we cannot assume that there will be help and reassurance from others, even from those others who are most dear to us. As the poet David Whyte said, “In my experience, the more true we are to our own creative gifts the less there is any outer reassurance or help at the beginning.”

Then there are certain circumstances in which people may react with suspicion and hostility to our changing – and this includes times when we are developing more of the assertiveness that comes with increased self-esteem. By “assertiveness”, I don’t mean aggressive behavior; I mean standing up for ourselves in a mettaful way – a way that respects the needs and feelings of both ourselves and others. When others have become habituated to our being compliant or passive, then it threatens them when we change, and they may well act like Procrustes’ bed and try to “cut us down to size”.

Diane, one of my students from San Francisco, who is the very dynamic director of a research institute, had mentioned that self metta had caused her problems in the past. I was curious and asked her to say more.

“You asked about how self-love hadn’t worked for me. Obviously that is not actually the case, self-love can’t actually cause harm, but how it has always appeared to me was that any time I ever tried to act in my own behalf, or feel some self-respect, or proud of myself, I have been smacked down or reminded in some way – either directly or indirectly – ‘who do you think you are?’ Either verbally, or the situation I was in turned on me, or whatever.

“After years of reflecting on this, I have come to believe that this is an inside job. In other words, I think it’s always been more about my attitude than about what others were actually doing to me. I think my self-regard was so low that (a) it probably ended up manifesting itself as arrogance, and (b) push-back from any quarter was enough to make me retreat back into self-loathing, with every situation re-proving to me that I (or whoever) was right, I was in fact worthless except as some kind of slave to work or other people or to my own dysfunction and that I might as well not try. Thus another slide back into the swamp.”

Diane had inadvertently constructed a Procrustean bed for herself. When she tried to assert herself, she sometimes became aggressively arrogant rather than truly assertive, and that, not surprisingly, caused reactions in the people around her. If we’ve behaved passively in the past, it’s almost inevitable that we’ll exhibit some compensatory aggression on the way to becoming more assertive.

But even when Diane was being more truly assertive, standing up for herself in a respectful way, others would respond aggressively to her in an attempt to limit the change that she was undergoing. I think it’s a very useful practice to notice how the changes that you are going through have an effect on others. As I’ve said, those changes will often be welcomed with open arms.

Making the round hole square

Let’s come back to that quote by David Whyte: “In my experience, the more true we are to our own creative gifts the less there is any outer reassurance or help at the beginning.”

David White qualifies his statement about the lack of outer reassurance that follows from us being true to ourselves by saying that this happens “at the beginning.” Later on, as our confidence in ourselves becomes more outwardly visible, other people are more likely to help us than to oppose us. But at first, our changes may meet resistance, and at those times I would counsel you to beware of the danger of retreating back into the limited form that people are trying to keep you in.

It may well be that you need extra support at such times. You may need to talk to friends or a counselor. You may feel an extra need for prayer or meditation. You may even want to think about changing your environment, which might mean changing jobs or ending a relationship. Sometimes our growth – even our very survival – can require such drastic steps and the extraordinary courage that these steps may require.

Ultimately, you are responsible for your own happiness. You have a choice about how you respond to others’ reactions to you. As Diane wisely pointed out, she came to realize that her capitulation to others’ hostility was “an inside job”. In the end, you are confined not by others – not by Procrustes’ bed – but by your own fears and low expectations of life and of what you are capable of.

Only you have the power to create the conditions that you need for happiness, and this means you should be prepared to respond as creatively as possible to others’ objections to your changing.