The third stage as rehearsal 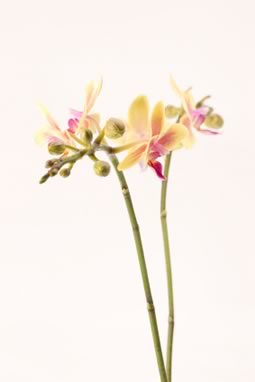 I like to think of the third stage of this meditation practice as being a sort of rehearsal for life. Say I think of someone that I see in the elevator most days. Right now, I tend to ignore them. Doesn’t that indicator panel become absolutely fascinating when we want to avoid interacting with another person? Look! The weight limit’s 420 pounds, or 13 people. Let’s see, 420 divided by 13 is…

Anyway, back in my meditation practice I call this person to mind, and imagine what might happen the next time we meet in the elevator. I imagine looking them in the face, smiling, and asking how they’re doing. I might imagine introducing myself, shaking their hand, getting to know their name and what they do. If it’s a Monday I might ask how their weekend went.

I’m building up a new pattern of behavior, starting in my imagination. Once you imagine doing something it becomes easier to actually do it.

Using mental rehearsal is a staple of personal development and of sports psychology in particular. And it really works! Did you know that if you just imagine using a muscle then that muscles becomes stronger? Just thinking about a muscles sends nerve impulses to it and new muscle fibres develop in response.

And according to a magazine I read, in one experiment a group of basketball players spent a half hour shooting hoops, while a second group spent the same time just imagining shooting baskets. The group that imagined the perfect shots showed more improvement. So sometimes rehearsing in the mind can have more effect than rehearsing in real life. What the basketball players were doing was a form of meditation practice.

The next time I meet this stranger in the elevator I might not actually do any of the things I imagined. It might not be appropriate, and I prefer to follow my instincts and respond intuitively. When I actually meet them this person might have a cold, for example, so I might comment on that, or there might be some other starting-point for communication. But having imagined interacting with them in a friendly way makes it easier for me to be more human with them.

I mentioned following my instincts. I should warn you that one of my students who had just learned the Metta Bhavana practice decided to practice being more friendly. Unfortunately the first person she picked — a young man who worked in a filling station — took it as a come-on, and then managed to get hold of her email address and started pestering her. It all ended well (no, they didn’t get married — I think she managed to shake him off somehow), but do be careful not to encourage inappropriate behavior.

So, you can try regarding the third stage of the meditation practice as a form of rehearsal. You can take a break from just wishing the neutral person well, and instead build up the support for a newer, more creative way of relating to the neutral person. You’ll soon find that they’re not so neutral after all.