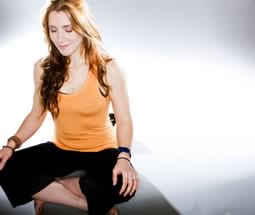 The great hypnotherapist, Milton Erickson, told a story about how one day, when he was a boy, a riderless horse wandered into the farmyard outside his home. Milton had never seen this horse before, and had no idea where it lived, but very soon he had the horse back where it belonged. How did he do this?

Well, he sat on the horse’s back, got it to start walking, and then every time they came to a turn in the road, he paid attention to the almost imperceptible movements of the horse’s body that told him where it wanted to go. And once young Milton had sensed in which direction the horse wanted to head in, he encouraged it to do so. It turned out that the horse knew its own way home, and all Milton had to do was give it a little gentle guidance — or encouragement to trust its own instincts.

Had Milton tried to tell the horse where to go, he’d never have got it home. Horses, after all, are trained to follow orders. Instead he used a more subtle technique of being aware of where the horse wanted to go, and then reinforced that desire with some gentle guidance. The horse soon got the idea.

We all are riders of horses, in a way. Our breathing is generally under the control of subconscious processes, and it has to be said that our subconscious, by and large, does a pretty good job of keeping breathing. The subconscious rarely fails to carry out its tasks, which is more than can be said for our conscious minds (how often do we go upstairs to get something and then forget by the time we get there what it was we wanted?). So let your subconscious do what it’s good at.

When you want to change your breathing, say by breathing into your belly more deeply, then all you really have to do is to take your awareness into your belly to give your subconscious a gentle hint, and then let it do the work. In this way, we gently guide our breath rather than control it.

There is a Tibetan saying: “The breathing is the horse, the consciousness is the rider”