An alternative to counting 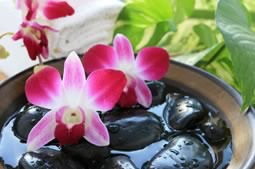 I once heard a story about a famous Zen center. The main teacher had died but people kept on practicing under the guidance of his disciples. Meditation instruction at this particular center was very minimal, and mostly people were expected to “just sit.”

The expectation was that over time if you simply practiced mindfulness the mind would learn to be still. People didn’t discuss what they did in their practice, they “just sat.” In beginners classes people were told to “just sit.” Beginners sometimes would be very confused and not know what to do, but true enough, if you do just simply practice mindfulness the mind settles down.

So people kept on gathering in the meditation room and “just sitting” together. Anyway, after some time some of the senior disciples said, “Don’t you think it would be a good idea if we maybe talked about what we do in our practice? That way we might be more consistent in what we say and be able to give newcomers more detailed advice.”

This was generally thought to be a good idea, and one teacher said, “One thing I’ve been wondering about is when we introduce beginners to counting breaths.”

There was a silence, and then another teacher said, “You count your breaths?”

So the moral of the tale (or at least one moral of the tale) is that even within one school of Buddhism — even, apparently, within one teaching center — there are different approaches to meditation. In the wider Buddhist world, counting breaths is commonly practiced in some Theravada and some Zen traditions. But in some Vipassana or Insight Meditation traditions counting is not taught (while in others it is).

When I was on retreat with Joseph Goldstein at the Insight Meditation Society I asked him about counting, and whether he ever advised people to take up that practice as a way of stabilizing the mind. He said that this wasn’t part of the practice as he’d learned it, and that in the method he practiced the words “in” on an in breath and “out” on an out breath performed much the same functions. At the same time, he said, he practiced a “One Dharma” approach which involved taking tools from different traditions and this laid the way open for bringing counting in to the kind of meditation he taught.

Anyway, the point of me saying all this is that saying “in” on the in breath and “out” on the out breath is another way of helping to support the development of mindfulness. This is a form of what Insight Meditation calls “noting,” where we place a mental note on the most prominent aspect of our experience in order to help stabilize the mind.

This technique has the advantage that the words “in” and “out” are directly connected with what’s going on in the breath. The words therefore help point the mind towards the breath and help to keep us connected with it. Numbers, on the other hand, have no intrinsic relationship with the breath and anyone who’s counted breaths will recognize that there have been times when they’ve been merrily counting along in perfect sets of ten while the breath has been completely forgotten.

Knowing those advantages and disadvantages can help us to use the method that’s most appropriate at any given time. So if you’re finding that the counting is becoming detached from the breathing (you’re counting but paying little attention to the sensations of the breath) then maybe it would be a good idea to try saying “in, out” for a while.

On the other hand, if you’ve been saying “in, out” and think that the mind is becoming a bit more stable then it might be good to switch to counting to help develop more continuity in your mindfulness.

i recall a story about an old Tibetan peasant on his death bed. He had been taught Meditation on Amida as a child and was faithful to daily practice though never had access to a teacher since then. His family asked for a teacher to be present during this mans last moments. A teacher arrived and asked if he was worried or concerned about death. The man said no since all his life he practiced his simple meditation on Amida. At this point the Teacher wanted to make sure about the technique so he asked the man about the color of his Amida visualization. The man said “Gray”. This response caused surprise in the teacher who responded, “No, Amida Buddha is RED”. The dying man laughed and said “All those years Amida was gray, why didn’t he know that!” and then died quite peacefully.

I often say a word on the breath instead of numbers. I like the word “quiet”. When I breathe out, mentally say “quiet”. It programs the mind to be quiet.

It’s definitely helpful to have words or numbers early on. Just giving the wandering mind something to do means that it doesn’t bring up so many distracting thoughts.

I like counting (in =1, out =2, in =3, out =4, etc) & starting over when i lose count, to gently reward myself for not losing focus, or gently lovingly penalize myself when i get distracted. Once i hit ~200, time flies without me noticing