Stepping back from the process 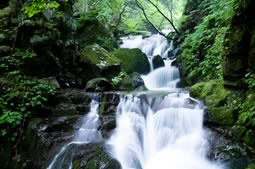 At this point it may be a good idea to step back from learning meditation and reflect a little on how it’s going. Learning meditation is not easy – in fact I think it’s one of the more challenging and heroic things that a human being can choose to do with his or her life.

Learning meditation involves learning to see ourselves – warts and all. It requires that we take responsibility for ourselves, rather than using other people as scapegoats for our own failings (“you made me angry”).

There are always ups and downs in learning any skill. Anyone who’s learned to do something like skiing, or roller-blading, or ice skating as an adult will remember thinking, “this is impossible”, and regretting that we ever started. It can be like that with meditation as well, and I’d like to encourage you by reminding you that you are not alone and that you are going through a process that many other people have been through – and come out of the other side of.

One process that many people have been through is the discovery that meditation seems to give you problems you never thought you had. Before, you just had an irritating colleague. Now you realize that you are responsible for your own mental states and that your irritability is a construct of your own mind. Of course, meditation hasn’t created this problem – it’s just made you more aware that you have it. This can be a shock initially.

At first it might seem that it would be more comfortable to retreat into unawareness – but that may not be an option. Once you’ve begun to realize that you are responsible for your own life and emotions, it’s hard to lose that perspective. You’ve looked behind the curtain, realized that the wizard is a little old man pulling strings, and can never again see him as the all powerful Oz.

The problem of self-awareness

A related problem is getting more in touch with emotions that you hadn’t previously fully acknowledged. Meditation can be a very accurate and unflattering mirror. Without meditation it can be very easy to delude ourselves into seeing ourselves as being purer, more patient, more socially competent, or kinder than we actually are. Meditation polishes the mirror, and this too can be a shock to the system.

Cynthia, a child psychiatrist from New England, commented: “I meditated today at the office and noticed that I can really slow down after meditating. I also noticed how irritable I was on arriving home when interacting with others. Ugh. I’m wishing I could be more mellow.” This is a fairly common experience – slowing down enough to be able to see yourself in the mirror.

Another student made the same connection: “It may be just coincidental but I have felt quite emotional in a negative sort of way. I don’t know if opening up in meditation has allowed an opportunity for my more repressed feelings to come to the surface (with some of the busyness out of the way).” This too is a phase that will pass. You’ll still have a more accurate perception of yourself, but it will be tempered by a sense of the progress you’re making.

In a way, the mirror becomes four-dimensional so that you not only can see yourself as you are, but also as you were and as you will be. Seeing ourselves changing, and realizing what we can become, is the greatest antidote to self-doubt that I know of.

In the short term we need to have a sense of trust in the process. The path at first may seem to be hard and rocky, the way may seem almost impassable, but over time your stamina and resilience will improve, and so will your patience and forgiveness of yourself. The path has its own rewards.

Can’t thank you enough for the generosity of sharing this legendary knowledge ..