Most Americans got their last glimpse of Bob Ney in 2006 when the powerful Ohio representative resigned his office and left Washington to begin a 30-month term in federal prison in Morgantown, W.Va. A player in the Jack Abramoff scandal, Ney was a disgraced Republican with a drinking problem and an expanding waistline.

Today, he has been reborn as a sober and slimmed-down follower of the Dalai Lama and is studying meditation techniques with Tibetan monks at a Buddhist temple in India.

Ney is spending his days in Dharamsala, trying to master the Tibetan language and eagerly awaiting the return of the Dalai Lama and the chance to hear more of the exiled religious leader’s …

Meditation and peace of mind are essential for the rehabilitation of alcoholics and addicts. The message was conveyed during an awareness talk organized by a group of city-based doctors.

Addressing an awareness talk on ‘Alcoholism-The way out’ on Friday, experts deliberated on how to combat the habit of drinking.

When the stresses of life become too much for him, Ken Volante takes a figurative step back and tries out being SOBER. That “nice little trick,” as he describes it, is the backbone of mindfulness meditation and it helps him remain sober.

It’s a series of steps that allows him to cope with the cravings that would lead him to drink. So important is this practice that he carries with him a laminated card listing those steps.

When he practices being SOBER, he Stops, Observes what’s going on, focuses on his Breathing (divorces himself from what’s going on around him), Expands (focus what’s happening to one’s body) and Responds (but constructively).

How sex addiction is treated

Golfer Tiger Woods is believed to be undergoing therapy for sex addiction at a Mississippi clinic called Gentle Path. But what, exactly, does treatment involve?

In today’s Science Times, Donald G. McNeil Jr. explores the world of sex addiction therapy and explains how some clinics operate. He writes:

Bart Mandell, a New York sex-addiction therapist and chairman emeritus of the International Institute for Trauma and Addiction Professionals, who trained at Gentle Path, said Woods’s daily schedule presumably included morning meditation, exercise — including obstacle courses to build trust with other patients and eye movement exercises to “get through his defenses.”

It would also have included interviews probing for childhood trauma or abandonment, several daily rounds

New Jersey Today: Recovering alcoholics may benefit in the battle over the bottle if they practice mindfulness meditation.

That’s according to a Wisconsin physician-researcher who is one of the few in the country testing the possible connection between meditation and the prevention of relapse to drinking among those dependent on alcohol.

Dr. Aleksandra Zgierska, assistant professor of family medicine at the University of Wisconsin School of Medicine and Public Health, was the lead researcher in a 16-week pilot clinical trial with 19 participants recruited from addiction treatment clinics. She says the results of her first study (published in 2008) showed mindfulness meditation could be a useful supplementary technique for alcoholics trying to avoid relapse.…

“To Buy Or Not To Buy,” by April Lane Benson, PhD 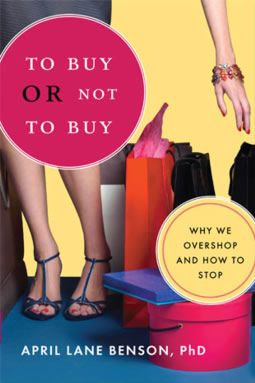 A new book offers help to those caught up in the painful compulsion to over-shop, from advice on how to untangle the financial mess that results from living beyond one’s means, to exercises for uncovering the unmet needs that drive the addiction to over-consume.

“For every Imelda Marcos — who fled the Philippines leaving behind more than three thousand pairs of shoes — there are countless unknown overshoppers: a businessman whose collection of fountain pens has grown obsessive; a language teacher whose closets are stuffed with unworn, still-tagged garments; a waitress who’s succumbed to the Jewelry Television Network.”

April Lane Benson, PhD has written a self-help book that could quite easily be transposed to other …

Ten most popular posts on Wildmind this year 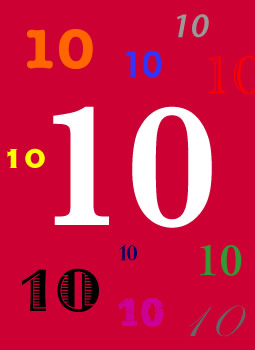 Just to help you keep track of what’s hot on Wildmind at the moment, we’ve put together this list of the ten blog posts that have received the most visitors this year. Enjoy!

10. Naming negative emotions makes them weaker Wired Magazine reports on research that’s of relevance to meditators — especially those that use the vipassana technique of “noting,” where we name the most prominent aspect of our experience, saying inwardly, for example, “anger, anger” when we recognize that that emotion is present.

“The 12-Step Buddhist: Enhance Recovery from Any Addiction,” by Darren Littlejohn 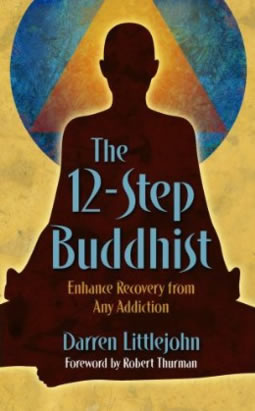 Alcoholics Anonymous’ 12-Step Program offers a path of escape from the cycle of dependency, but it’s a path that’s heavily reliant on belief in a deity. Can Buddhism provide an alternative approach to addiction? Buddhist and incarcerated drug-offender Rich Cormier investigates “12-Step Buddhism” as outlined in a new book by Darren Littlejohn.

Traditional 12-Step programs involve a God-based spiritual approach. The “12-Step Buddhist” emphasizes that it is important to develop a strong spiritual foundation for any attempt at recovery to be successful, and points out that addicts who are resistant to the customary system …

A combination of cognitive behavioral therapy and Buddhist meditation can help people with drinking problems turn their backs on alcohol. Dr. Paramabandhu Groves, a consultant psychiatrist at the Alcohol Advisory Service in London, who has successfully run workshops with people with depression, has now turned his attention to using the techniques to help people with addictions. Dr. Groves has been ordained into the Triratna Buddhist Order based at the London Buddhist Center in Bethnal Green, east London.

Dr. Groves unveiled results at the annual conference of a pilot study in which 15 people with alcohol problems undertook mindfulness-based cognitive therapy (MBCT). Most found it helped them in their battle against alcohol and reported that it …