Bodhipaksa is teaching in Australia, March 2017! 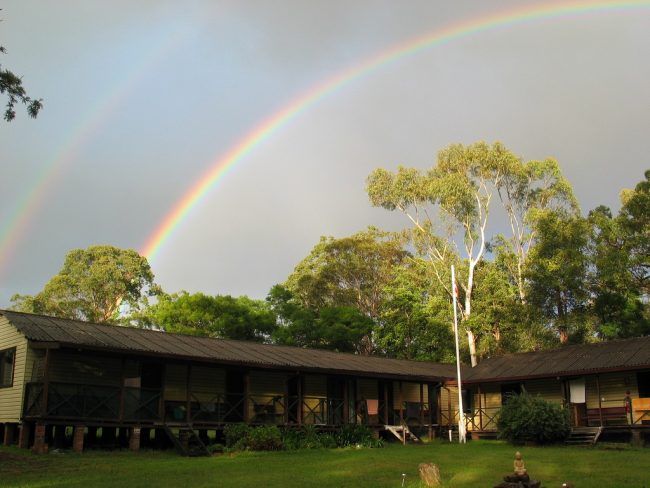 Bodhipaksa is teaching in Australia in 2017! He’s been invited by the Sydney Buddhist Centre to lead a week-long retreat on lovingkindness and the other three “divine abidings” at Vijayaloka Buddhist Retreat Centre, at Minto, just one hour from the centre of Sydney, on a plot of largely pristine bushland above the upper reaches of the Georges River.

This week-long retreat is an opportunity to enjoy my innovative and even provocative take on the “divine abidings” or Brahma Viharas — four inspiring and transformative practices that progressively expand our sphere of concern to include all beings.

The divine abidings are a path to insight, blending compassion and wisdom.

On this retreat we will delve progressively deeper into the divine abidings, developing an unselfish concern as deep as the world itself: a love that leads ourselves and others toward awakening.

These teachings have grown out of over 30 years of practicing these meditations, and of helping literally thousands of people to explore them. The retreat is suitable for people who already have some meditation experience. It’s not an event for complete beginners.

In cultivating upekkha we must look deeply into the hearts of beings and recognize their need for awakening. And we must look deeply into the nature of reality itself, so that we know what awakening is, and can help others to attain it. Upekkha, in its essence, is identical to “The Great Compassion” (Maha-Karuna) of the Mahayana, that seeks the enlightenment of all beings.

The divine abidings, ultimately, are a love as deep as life itself.

Click here to register for Bodhipaksa’s retreat in Australia. 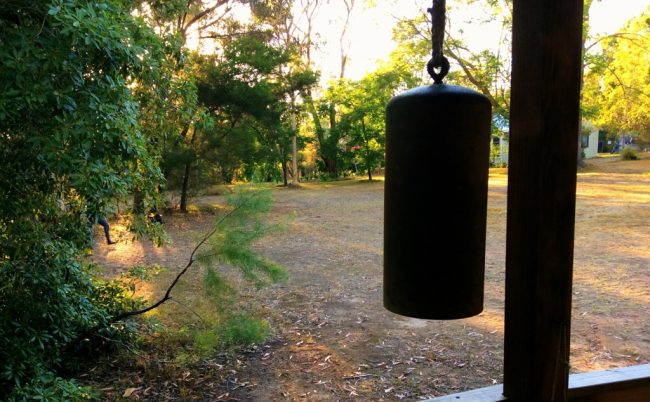 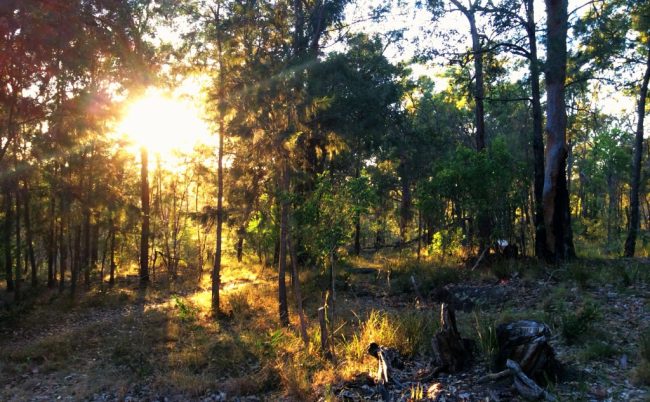 Ellen Langer, Yale PhD, is a Harvard Professor of Psychology. Among other honors, she is the recipient of a Guggenheim Fellowship and three Distinguished Scientist Awards, the World Congress Award, the NYU Alumni Achievement Award, and the Staats award for Unifying Psychology, and has authored eleven books and over 200 research articles on the illusion of control, perceived control, successful aging, decision-making, to name a few of the topics. Each of these is examined through the lens of her theory of mindfulness. Her research has demonstrated that by actively noticing new things—the essence of mindfulness—health, well being, and competence follow. Her best selling books include Mindfulness; The Power of Mindful Learning; On Becoming an Artist: Reinventing Yourself Through Mindful Creativity; and her most recent book, Counterclockwise: Mindful Health and the Power of Possibility.

Zen and the art of switching off

Nina Karnikowski escapes the frenzied pace of her everyday life with a meditation, yoga and detox retreat in the hills of Bali.

I’m a chronic multitasker. A restless sleeper. A compulsive mental to-do list compiler. A neurotic over-analyser. Put simply: my head is an exhausting place to be.

People have often told me meditation could help me shush things up top, and I have tried it a couple of times. There was that session a girlfriend convinced me to attend 10 years ago because “the monk running it is so hot” (he was), and those couple of Buddhist meditation classes I did half-heartedly last …

The sound of silence

Sarah Berry, The Age (Australia): What’s the point of being completely silent for three days? You could just be drinking cocktails by the pool.

“You’re doing this for fun?” confused friends ask before I leave. After spending three days in ‘noble silence’ and meditating for 11 hours a day, several people with me on the silent retreat are asking the same question.

At the end of the final day, when the silence is finally broken, one woman admits she spent a fair bit of the time wondering why she hadn’t just “booked into a resort and spent the weekend by the pool, sipping cocktails …

Lachlan Thompson, Daily Examiner: It was a weekend to reflect and seek inner peace for the parents and children involved in a two-day workshop with the Gyuto Tibetan Buddhist monks in Yamba at the weekend.

“It was fabulous, especially the final evening where the monks performed their famous chanting,” said event organiser Amanda Brightwell.

The monks closed the two-day workshop with their famous Mantra Magic Chant where they use ancient Tibetan mantras to harmonise and create a soothing, meditation tone.

Other events at the workshop included classes on meditation and dealing with depression as well as symbolic craft activities for children. The monks …

A new study from the University of Sydney is the latest to highlight possible links between meditation and improved mental and physical health.

“We found that the health and wellbeing profile of people who had meditated for at least two years was significantly higher in the majority of health and wellbeing categories when compared to the Australian population,” Sydney Morning Herald quoted research leader Dr Ramesh Manocha, from the university’s psychiatry discipline.

The study highlighted Sahaja yoga meditation as it focuses on achieving “mental silence”, the closest practice to the “log” definition which was found by the researchers in old texts.

“The frequency with which they were experiencing mental silence and its relationship to a [health] advantage was very significant.”

A recent study from the University of California’s Centre for Mind and Brain found that meditation might slow the ageing process.

The researchers revealed that people who went on a three-month meditation retreat had signs of stronger telomeres, which play a part in protecting cells from ageing.

Researchers at Harvard Medical School have also divulged that people who practised meditation long-term had more active “disease-fighting” genes than those who did not practise any type of relaxation.

Dr Maarten Immink, the director of human movement at the University of South Australia, revealed that meditation has also been shown to strengthen the hippocampus, part of the brain tied to memory.

“Along a number of lines we have evidence that meditation promotes quality of life as we get older,” Dr Immink said in an interview last year.

Hume said his meditation classes attracted bankers, IT professionals, corporate lawyers and executives because it aids them deal with extremely stressful workplaces.

“We’re moving a long way from the old shaved head ‘ohm’ on top of the mountain thing.

“Curiously, I’ve come across meditators from the 70s who are now very senior executives in various corporations.

“They practise covertly, it’s like a secret vice they’ve had for the last 30 or 40 years.

Hume said that some other effects he observed included an enhanced attention span, a greater ability to handle emotions and improved sleep patterns.

“The research indicates very clearly that if you incorporate it into your fitness regime as a matter of regular practice you’re going to have much more long-lasting and observable effects.”

Dr Immink said other research demonstrated that practising meditation even for a short time had an impact.

“We’re not talking about lifetime meditation to get changes, they’ve put people through four weeks of meditation and they’ve done some neuroimaging while they’re doing certain things and their brains have changed.”

The study has been published in the journal of Evidence-Based Complementary and Alternative Medicine.

When Subhana Barzaghi was a midwife she taught breathing and meditation techniques to relieve the pain caused by contractions.

“Most of us have a habitual reaction to pain – an aversion that we react against,” Subhana, who is now a meditation teacher at North Sydney’s Bluegum Sangha, explains.

“Meditation teaches us to observe rather than get caught up in the strong sensations we are experiencing. We learn to stop labeling and therefore stop reacting. In this way, instead of tightening up against it and resisting, which causes further tension, we start to soften into it. As we do this, the pain can begin to soften and subside.”

Zen and the art of keeping kids still

Elissa Doherty, Herald Sun: Meditate on this: a Melbourne childcare centre seems to have found a way to keep squirming toddlers still.

There are no “ommms”, but there were a few “umms?” when Kensington Community Children’s Co-Operative introduced meditation and yoga classes.

It is one of a handful of centres in Victoria turning to ancient techniques to help modern children relax.

The lights go out and children as young as three channel their inner zen while listening to world music in a twist on traditional meditation.

If they get too antsy, they could read a book, draw, or spend individual time with…

There’s nothing to it and science agrees

Yogis have sworn by it for years, but now there is scientific proof that meditation eases stress and promotes better health.

Meditation triggers change in electrical activity of the brain, improving the mind and body in measurable ways, the latest study on work stress, led by Dr Ramesh Manocha at Sydney University, reveals.

“Within the context of meditation and stress, it’s the largest study in the world … and we’ve applied some rigorous conditions,” Dr Manocha said.

The secret to the success of the study, he said, was the “mental silence” traditional approach used in Sahaja Yoga.

“What authentic techniques should do is show you how to widen space between thoughts until the space is so large you have no thoughts whatsoever in that moment,” he said.
The clinical trial participants, 178 full-time workers, practised twice daily at home, for 10 to 20 minutes over eight weeks.

While most people are aware that meditation can help us to relax, a group of University of South Australia researchers hope to prove that a daily dose of meditation can do much more.

They have begun a research project investigating stress responses in people who meditate regularly compared to people who are long-term carers and who do not meditate.

Behavioural neuroscience researcher Dr Maarten Immink says ultimately the project aims to show that meditation reduces stress and that it can have physical as well as mental function benefits for people who live in higher stress situations.

“Previous research has already shown that meditation helps with attention, memory and decision making,” he says.

“The general notion of meditation is not to avoid stress but to learn to deal with the stress a little bit differently. So when stress is triggered, as it is in all of us, it’s about how we respond to that, whether it’s about breathing differently or thinking in a different way. We’re hoping to show that meditation can have impacts on physical health and mental function, by evaluating differences in stress biomarkers (cortisol) and in how people handle stressful challenges.”

“We do know that carers have impaired immunity, higher blood pressure and a greater risk of dying than non-carers of the same age and sex. What we don’t understand is the physiological processes that lead to this poorer health,” Dr Kelly says.

The researchers are looking for people to take part in the study, which is a multi-disciplinary research project in UniSA’s Division of Health Sciences. Also involved are Dr Chris Della Vedova and Dr John Hayball from the School of Pharmacy, research assistant Steph Kershaw, and Dr Stuart Cathcart from the University of Canberra Centre for Applied Psychological Research.

Dr Kelly says all participants will be asked to collect samples of saliva at home using a provided kit. These will be compared with samples collected during a socially stressful challenge (public speaking) in a two-hour testing session at UniSA’s City East Campus.

“Saliva contains stress related chemicals which can be measured,” she says.

“We’re expecting to see the chemical cortisol will rise less and come down faster in the people who are regular meditators. We are also looking for stress biomarkers which can be incorporated into large health surveys where bringing people into the university is not practical.”

Anyone interested in being involved, or wanting more information, can contact Dr Kelly on (08) 8302 2901 or by email shona.kelly@unisa.edu.au