Operating against a backdrop of two-way radio chatter and fluorescent lighting but speaking in hushed tones, Wynne Kinder and Christen Coscia greet each by name.

The instructors with Wellness Works in Schools aim to encourage troubled and neglected kids to open their minds, let go of their pain, and start making better choices. Though they may not tell them this, they want to help the teens develop internal tools they might use to regulate emotions.

And the instructors likely won’t refer …

Marissa Harshman, The Columbian: Thirteen months ago, Dobson suffered an embolic stroke caused by a blood clot. The stroke left Dobson unable to move his arm, hand, leg or foot on the left side of his body. His left hand was frozen into a claw shape, and the left side of his face was numb. His vision was distorted, his hearing muffled.

In the days and months that followed, Dobson used mindfulness meditation to help him focus on his recovery and healing. And now, more than a year after the stroke, Dobson has made significant strides, according to his physicians.

Press release: Meditation has long been used by many people from around the world to reduce stress, soul search and improve overall physical and mental health. However, it seems that arthritis patients can also get some benefits in practicing the healthy activity.

The Arthritis Foundation has provided some meditation techniques to ease arthritis pain. According to experts, meditation is not like running a race, but it does require time and patience. Those who do not have either or both can still meditate.

According to experts, there are four meditation techniques that can help patients get started. First is to make the session brief. This is very helpful to individuals who do not have an hour …

Mindfulness has lost its Buddhist roots, and it may not be doing you good

Miguel Farias and Catherine Wikholm, The Conversation: Mindfulness as a psychological aid is very much in fashion. Recent reports on the latest finding suggested that mindfulness-based cognitive therapy is as effective as anti-depressants in preventing the relapse of recurrent depression.

While the authors of the paper interpreted their results in a slightly less positive light, stating that (contrary to their hypothesis) mindfulness was no more effective than medication, the meaning inferred by many in the media was that mindfulness was superior to medication.

Mindfulness is a technique extracted from Buddhism where one tries to notice present thoughts, feeling and sensations without judgement. The …

Being mindful of mindfulness

Cathy Thomas Brownfield, Salem News: In this fast-paced world in which we live there is so little time to think about anything in depth. But that is not in anyone’s best interests. Rushing from home to work to school to home to dance classes, sports practice, Scout meetings, Lions Club Meetings, Book Club you name it. There just aren’t enough hours in the day for everyone to do all the things they would like to do or feel they have to do. This can lead to a few “issues,” not the least of which is burn-out.

What’s the first thing you think of …

Science shows what meditation really does to your brain

Jon Levine, Science.Mic: Meditation, according to its spiritual gurus, is a universal panacea. Enthusiasts have long preached its benefits, which include its ability to lower anxiety, improve concentration, help treat those with HIV and even extend one’s life expectancy.

While it’s undeniable meditation contributes to a sense of inner piece, its physiological benefits remain less certain. That is, until a team of researchers confirmed them. What they uncovered is more than surprising.

“We found several brain regions that had changed,” Sara Lazar, an associate research scientist at Massachusetts General Hospital, told Mic. Lazar conducted a major study on meditation in 2011 and was one …

Meditation as an antidote to stress

Jaime T. Licauco, Philippine Daily Inquirer: There are many books and articles that have been written about the effects of stress on health.

Such modern ailments as ulcers, high blood pressure, gastritis, insomnia, asthma, cardiovascular problems,have been attributed to stress, or at least aggravated by it.

In the 1950s, experimental psychologist Robert Ader, for example, discovered that “rats that were restrained at the peaks of their activity cycles, and so presumably felt more frustrated by the restraint, were significantly more likely to develop gastric erosions.”

Because many human diseases have been associated with stress, many programs or techniques have been developed to control …

The power of presence: 3 simple ways to harness mindfulness

Shakti Sutriasa, Huffington Post: We hear a lot about being mindful – not just within spiritual circles – but more and more in the work place.

What exactly is mindfulness?

Simply, mindfulness is awareness of the present or the ability to be present in all aspects of our lives. It’s a honing of the mind to focus on what is happening right now.

Since the 1970s, there’s been a growing recognition and movement towards embracing mindfulness in the United States. This is due in large part to the many Buddhists teachers who have come here as well as the American practitioner … 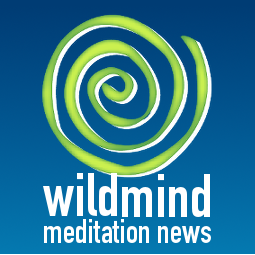 Mindfulness: let’s be mindful of its limitations

Tayana Simons, Huffington Post: The ancient practice of mindfulness meditation has received a lot of hype over the past few years. Tens of thousands of people are signing up for courses all over the country, therapists are using it as a core part of their treatment for depression and anxiety, and millions have downloaded an app called ‘Headspace’ allowing them ‘meditation on the go’. Even Emma Watson calls it ‘genius’.

The funny thing is, its not like it’s a new discovery. Besides the fact that the basis of mindfulness is a form …

Every moment is a new chance 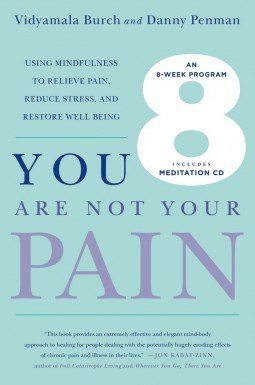 You Are Not Your Pain by Vidyamala Burch Pain always seems worse at night. Something about the silence amplifies the suffering. Even after you’ve taken the maximum dose of painkillers, the aching soon returns with a vengeance. You want to do something, anything, to stop the pain, but whatever you try seems to fail. Moving hurts. Doing nothing hurts. Ignoring it hurts. But it’s not just the pain that hurts; your mind can start to suffer as you desperately try to find a way of escaping. Pointed and bitter questions can begin nagging at your soul: What will happen if I don’t recover? What if it gets worse? I can’t cope with this. Please, I …