Optimize your brain, body, and life with meditation 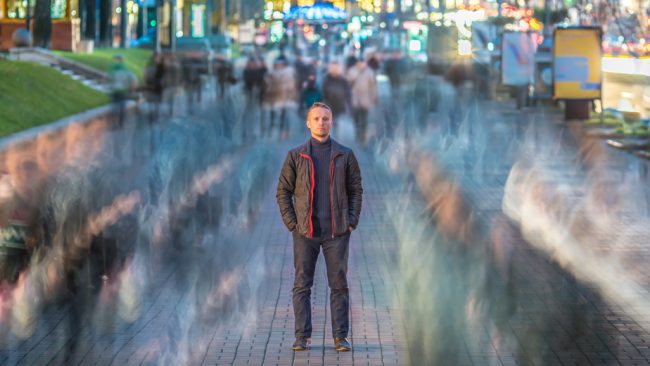 Until not long ago, scientists studying the nervous system believed that the adult brain was incapable of growing new cells. That’s now known to be false. In fact new cells are being born in the brain all the time. If they’re needed (that is, if the part of the brain that they’re in is being used intensively) then those cells become wired in to the existing networks of nerves, and that part of the brain grows. On the other hand, if they’re not used, they’ll be reabsorbed.

Even without growing new cells, the brain is constantly developing and pruning connections, though. Every new memory you create, every thing you forget, every new piece of learning, changes the physical structure of your brain in a measurable way.

This ability of the brain to remodel itself is called “plasticity,” or “neuroplasticity.” That the brain physically grows in response to learning was first shown in the late 1700’s, but unfortunately that discovery was forgotten. Then, in the late 1990’s, it was found that London taxi drivers, who spend years memorizing the layout of the city’s streets, have enlargement of the hippocampus, which is a part of the brain involved in spatial navigation. Taxi drivers, it turned out, do not start out with an enlarged hippocampus, but develop this as a result of practicing their navigation skills.

In 2011, Sarah Lazar of Harvard found that after just eight weeks of meditation, there were observable increases in density in brain structures involved in learning and memory, emotional regulation, self-referential processing, empathy and compassion, and putting experiences into perspective. A later study by Lazar additionally showed shrinkage of the amygdala, which is involved in the fight or flight reflex. The change in the amygdala was correlated to a measurable reduction in stress levels.

It’s well-established that the brain’s cortex—the outer layer of the brain, which plays a key role in memory, attention, thought, language, and consciousness—shrinks as we get older, causing problems with slowed thinking and poorer memories. Lazar has found that regular meditators have a thicker cortex. In her studies she found 50-year-old meditators with the same amount of gray matter as 25-year-olds.

These findings are enormously encouraging, especially since they can be shown after an average of less than half an hour of meditation a day for just eight weeks. They have universal applicability: as far as I’m aware not a single participant in a neuroscience study has been found to have a brain that can’t change! Such a person, if they did exist, would be of enormous interest to scientists!

If we practice, the brain will change, and we will get better at regulating our emotions, become happier and calmer, and find ourselves less prone to anxiety and other unpleasant states. Isn’t that encouraging?

The brain, in its ability to grow, is like a muscle, and the practice of mindfulness—including, of course, meditation—is akin to physical exercise. Meditation practice helps the brain to be healthier and to work more effectively. It helps us to regulate our emotions and to avoid stress. And it slows the aging of the brain.

It’s wrong to think, though, that meditation only changes the brain. By changing the way that the brain functions, it promotes better physical health through reducing inflammation and by reducing the level of stress hormones circulating in the body. It reduces the perception of pain. It makes us feel calmer, more relaxed, and more in control of our lives. It also changes our emotional expression, bringing more emotional balance and greater optimism and positivity. All of these changes directly affect our lives, so that we’re more likely to experience support from others, rather than conflict. Meditation, in effect, changes our entire lives for the better, in a kind of positivity cascade.

In a course I’m leading, starting, March 1, we’ll learn about specific findings from science about the many ways in which we can benefit from meditation. We’ll also practically explore meditation, with at least 12 guided meditations I’ve recorded specially. This course, Optimize Your Brain: Awaken Your Full Potential With Meditation, is suitable for those who are new to meditation as well as to experienced meditators who want to expand their repertoire of skills and to give themselves a better understanding what’s happening in the brain and body when they sit.

Click here for more information on Optimize Your Brain: Awaken Your Full Potential With Meditation.

How meditation can reshape our brains

Neuroscientist Sara Lazar’s amazing brain scans show meditation can actually change the size of key regions of our brain, improving our memory and making us more empathetic, compassionate, and resilient under stress.

PBS Newshour: Before he was a personal physician to the Dalai Lama, Dr. Barry Kerzin never imagined that a professional trip to Tibet would lead him down a decades-long path studying Buddhism and meditation. Special correspondent Fred de Sam Lazaro talks to Kerzin in India about his feeling that compassion and empathy are essential to medical training.

Sixty-eight-year-old California native Barry Kerzin began his career as a professor of family medicine at the University of Washington. He never dreamed it would lead to a pro bono house calls thousands of miles away in Tibet.

Science shows what meditation really does to your brain

Jon Levine, Science.Mic: Meditation, according to its spiritual gurus, is a universal panacea. Enthusiasts have long preached its benefits, which include its ability to lower anxiety, improve concentration, help treat those with HIV and even extend one’s life expectancy.

While it’s undeniable meditation contributes to a sense of inner piece, its physiological benefits remain less certain. That is, until a team of researchers confirmed them. What they uncovered is more than surprising.

“We found several brain regions that had changed,” Sara Lazar, an associate research scientist at Massachusetts General Hospital, told Mic. Lazar conducted a major study on meditation in 2011 and was one …

Harvard neuroscientist: Meditation not only reduces stress, here’s how it changes your brain

Brigid Schulte, The Washington Post: Sara Lazar, a Harvard neuroscientist, was one of the first scientists to take the anecdotal claims about the benefits of meditation and mindfulness and test them in brain scans. What she found surprised her — that meditating can literally change your brain. She explains:

A friend and I were training for the Boston marathon. I had some running injuries, so I saw a physical therapist who told me to stop running and just stretch. So I started practicing yoga as a form of physical therapy. I started realizing that it was very powerful, that it had some real …

Debra Stern, HNGN: Sarah Lazar’s voice was calming even over the phone as she demonstrated, for this interview, a typical start to a mindfulness practice. “Notice you are breathing in and breathing out. Can you just be aware and really feel what it feels like as air passes through your nostrils?” she asks, gently.

“It may sound incredibly boring,” she says with a chuckle. “But things start to quiet down inside.”

According to Lazar, assistant professor of psychology at Harvard University, observing your breath …

FeelGuide: Test subjects taking part in an 8-week program of mindfulness meditation showed results that astonished even the most experienced neuroscientists at Harvard University. The study was led by a Harvard-affiliated team of researchers based at Massachusetts General Hospital, and the team’s MRI scans documented for the very first time in medical history how meditation produced massive changes inside the brain’s gray matter. “Although the practice of meditation is associated with a sense of peacefulness and physical relaxation, practitioners have long claimed that meditation also provides cognitive and psychological benefits that persist throughout the day,” says study senior author Sara Lazar …

Proof that meditation can grow your brain

Stephen Adams, Mail Online: Meditating really is a workout for the mind, according to scientists who have found it can make the brain bigger.

Practicing simple meditation techniques such as concentrating on your breathing helps build denser grey matter in parts of the brain associated with learning and memory, controlling emotions and compassion.

Just eight weeks of meditation can produce structural changes large enough to be picked up by MRI scanners, American scientists have discovered.

Harvard neuroscientist Dr Sara Lazar said: ‘If you use a particular part of your brain, it’s going to grow because you are using it. It really is mental …

Abbey Sussell, Missourian: In an overcrowded Acuff Auditorium at MU on Monday night, there was a moment of complete silence. The speaker, Sara Lazar, didn’t say a word as she stood in front of a group of people with eyes closed, sitting in chairs and on the floor.

“Scan through your body,” she said to the group. “What do your legs feel like? Your back?”

Lazar, a Harvard-affiliated researcher and an instructor in the psychiatry department at Massachusetts General Hospital, was demonstrating a large component of her work: mindfulness meditation.

Mindfulness meditation focuses on bodily sensations,sensory stimuli and a conscious awareness of the present…

Jan Brogan, Boston Globe: On Halloween, turnout at the Advaita Meditation Center in Waltham was lower than usual, but still, nearly 30 people filled the rooms of the old Victorian mansion. They attended a variety of classes, from beginning to advanced meditation, or gathered informally at a drop-in session to repeat their mantras and corral their minds.

Charnan Bray, an ESL teacher who lives in Waltham, is a newcomer. She considers herself an on-again off-again meditator who wants to become more serious about her practice. She went through a divorce last year and is looking for a way to become more mindful and reduce …