A head start with mindfulness

Craig Hassed, Times Higher Education: Don’t dismiss the meditation technique as a fad: its well documented benefits for those in demanding careers make a strong case for teaching it at university, says Craig Hassed.

Mindfulness is a hot topic these days, but its potential importance to higher education has not yet been broadly recognized.

It can be described as a form of meditation and a way of living. It is a mental discipline that involves not only sharpening present-moment attention but also cultivating the attitude with which we pay attention: one of curiosity, acceptance, openness …

Erin Sharaf, Edutopia: By objective measures, our young people are more anxious, more depressed, and have more psychopathology in general than students did a few decades ago. This has important implications for educators, school administrators, and society at large. What if our traditional school systems are unwittingly contributing to the problem — and what if a relatively simple practice could help?

As we are all well aware, the current educational system is narrowing its definition of what defines student success. It’s almost all cognitive knowing, as evidenced by standardized testing. The pros and cons of that system have been widely debated, so I won’t rehash them here. However, a …

Your brain on meditation

Brittany Dingler, The Skidmore News: Generally, meditation is a mindfulness-based practice in which an individual sits quietly, focuses on breathing, and tries to clear their mind of any distracting thoughts or worries. Some meditators even choose to supplement their meditation practice with repeated mantras (think “ohmmm…”) or visualization (“imagine you’re a stick, floating down the river of zen”). Though often viewed as a wacky, spiritual practice reserved only for yogis, hippies, and monks, meditation is a critical tool that has recently gained more support as a source of daily restoration for CEOs and doctors as well as an effective, supplemental treatment for chronic …

Why everyone should begin to meditate

Anant Naik, Minnesota Daily: Over the past several centuries, saints and mystics around the world have encouraged people to meditate to find inner peace. Even scientists have recently found evidence to suggest that everyone could benefit from more meditation. As a result, a practice once used as a mystical way to understand the forces of life is becoming a popular method to relax and to attain a peaceful state of mind.

Though there are many kinds of meditation, almost all of them involve concentrating on an object. The object might be a thought, image, internal energy or God. However, the act of concentration and self-withdrawal remains the same.

Zoran Josipovic, a professor from New York University, published a study in which he observed Tibetan Buddhist monks’ brain activity while they were meditating. He found that the monks had higher brain connectivity, which means that their brains are able to communicate between different lobes more effectively than they normally would…

This confirmed an earlier study conducted by Eileen Luders at the UCLA School of Medicine. Her research suggested that long-term practitioners of meditation have the capacity to change the physical structure of their brains by repairing white matter and forming new neurological connections. Test subjects were given a cognitive exam, and researchers examined whether the time the subjects spent meditating impacted how well they scored. The cognitive test measured the efficacy of the neurological connections between the different lobes of the brain.

This research has many implications. It suggests that meditation could help repair parts of the brain and thus help treat or prevent mental disorders. With meditation increasing the neuroplasticity of white matter, the brain experiences an improvement in its self-regulatory mechanisms. Michael Posner of the University of Oregon explains that most mental disorders are due to the brain’s inability to self-regulate.

Research has also indicated that meditation can improve concentration. The University of North Carolina showed in a study that students at the school were able to increase their concentration by meditating for about 20 minutes a day for four days.

Furthermore, meditation has been shown to reduce stress. The University of Ottawa found that meditation was effective in lowering patients’ stress levels in the hospital setting.

Although meditation might not completely remedy our daily anxieties, it is definitely an area that all people, including college students, should explore. As University of Minnesota students return to their studies, stress levels are likely to increase. Meditation is a good way to remedy this.

Students can achieve significant increases in focus simply by meditating for 20 minutes each day. In our own ways, all of us are scientists. We should all experiment to see whether meditation has any place in our lives.

Anne Michaud, Long Island Newsday: A woman I had just met was so upset that she began to confide in me about her high school daughter. The girl had burst into tears when she got a 92 on a test, and she was concerned that if she didn’t attend a summer study program, she wouldn’t be able to compete with her peers for college admission.

“Why are kids so anxious now?” the mom asked. “Was life such a treadmill when we were young?”

Rachel Nania, WTOP, Washington: Tara Brach has been teaching meditation for more than 30 years, and on Oct. 7 she will bring her expertise and insight on the practice to students, parents and teachers in Montgomery County, Md.

“The benefit of mindfulness is so clear that it enables people to reduce stress and make decisions from a much more rational mindset,” says Brach, who is also an author and holds a Ph.D. in clinical psychology.

Brach defines mindfulness meditation as “the capacity to notice what is happening in the present moment without judgment,” and she says the practice is proven to increase concentration and reduce…

PRWEB: Strolling through UC Berkeley’s campus on a warm, cloudless day, Alex Thaler points to a verdant expanse of grass near Morrison Hall, where the university’s music department is located. “That glade was sort of like my Walden Pond,” he says, smiling. “As an undergraduate student I spent many hours sitting near that oak tree, letting the sounds from Morrison wash over me.”

In his practice as an admissions consultant – someone who guides students through the college and graduate school application process – Mr. Thaler is as likely to be reflecting on present-moment awareness as he is to be discussing grade point… 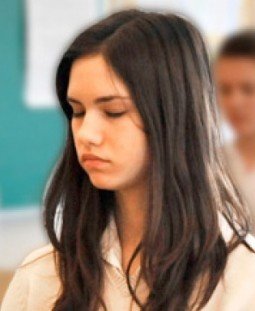 Every summer I spend six weeks teaching a study skills and personal development course to teens from low income families as part of a federally funded program called Upward Bound (not Outward Bound). It’s kind of crazy: every year I feel like I almost totally miss the summer because I’m teaching, grading, doing class prep, and attending various meetings. I end up sleep-deprived and completely exhausted. And the pay’s not great. But it’s totally worth it.

Part of the course involves meditation, and it’s consistently the part of the course that gets the biggest positive response in the end-of-course evaluations that the kids hand in. I’ve described the educational benefits mostly in terms of improved focus. As I like to say, you can’t take a clear picture with a shaky camera. If your mind is constantly moving around from one thing to another, then we’re not really paying attention to what we’re studying, and at best we have a blurred and distorted picture of what we’re trying to learn. At worst this picture is so distorted that what’s learned is misleading or plain wrong.

Learning to still the mind and to resist the mind’s tendency to wander therefore allows us to gain a clearer picture of what we’re learning. That’s how I’ve always explained it. Now some research has come along the blows me away, because not only does it confirm my understanding, but it exceeds my expectations of the benefits that mindfulness can bring students.

While some mind wandering is normal, it can have negative consequences for our ability to perform cognitive tasks, and mind wandering has been linked with impairments in working memory capacity and fluid intelligence. A graduate student in psychology, Michael Mrazek, of the University of California, Santa Barbara, had wondered whether targeting mind wandering could be a way to improve performance on tests like the Graduate Record Exam. And so Mrazek, his psychology professor Jonathan Schooler, and other colleagues investigated whether cognitive abilities that have historically been considered fixed — such as working memory capacity — might actually be improvable through mindfulness training.

48 college students were randomly assigned to a mindfulness class or a nutrition class. Both classes met for 45 minutes, four times per week, over two weeks and were taught by professionals with extensive experience in their respective fields.

The mindfulness class emphasized physical and mental strategies that help people to maintain focus on the present moment, in the face of interrupting thoughts and perceptions. The students were required to integrate mindfulness into their daily activities over the two-week session.

The students performance on verbal reasoning was tested the week before the class started, and again a week after it ended. The results were clear: Participants who received mindfulness training showed a 16 percentile-point boost on the GRE. They also showed higher working memory capacity compared to those who received instruction in nutrition. Analyses suggested that the improvement could be explained, at least in part, by reduced mind wandering.

The amazing thing for me was that this change came about after just two weeks of mindfulness training — and also that the change was so significant. a 16-percentile boost in scores could take a student from a C to an A, for example.

Mrazek and his colleagues are continuing their research, and extending it to school age children. They’re also investigating whether web-based mindfulness training, which is accessible to a much broader population, could be an effective vehicle for enhancing cognitive performance. And they’re examining whether the benefits can be further enhanced by teaching mindfulness as part of a more holistic program that targets nutrition, exercise, sleep, and personal relationships.

One of the other benefits of meditation training, besides reduced mind-wandering, is improved emotional health. The teens I teach are going through a very emotionally turbulent time in their lives, and learning how to calm their emotions and be more patient and forgiving of themselves is an important part of my meditation curriculum at Upward Bound. Hopefully further research will investigate those aspects of meditation, and how they can benefit students.

[This article draws on a press release from the Association of Psychological Science.]
Read More

Cody Nelson, Minnesota Daily: To deal with stress around finals week, some University of Minnesota students are turning to meditation.

Mindfulness for Students is a group that practices weekly meditation led by instructors from around the Twin Cities. Its goal: achieving mindfulness.

“To be mindful, you are able to focus your thoughts more,” said University sophomore Norma Thompson. “You can clear your head before you have to start taking on a task.”

She said the group’s meditation has helped her relax and relieve stress.

The group has existed since 2005, but president and neuroscience junior Stefan Brancel said it sees increased attendance around finals …

Hannah Smothers, Daily Texan: There is a calming stillness that resonates throughout the third floor of the Sarah M. and Charles E. Seay Building. Aside from the occasional drumming of footsteps or the rare interruption of a ringing telephone, the halls and rooms are devoid of sound.

Such tranquility isn’t necessarily out of character for a psychology clinic, but the peacefulness can also be attributed to one of its staff members.

Dr. David Collins, administrative associate for the Department of Psychology, has two master’s degrees in religious studies and a doctorate in clinical psychology, but he considers his practice of meditation as his …