David L. Kirp, SFGate: At first glance, Quiet Time – a stress reduction strategy used in several San Francisco middle and high schools, as well as in scattered schools around the Bay Area – looks like something out of the om-chanting 1960s. Twice daily, a gong sounds in the classroom and rowdy adolescents, who normally can’t sit still for 10 seconds, shut their eyes and try to clear their minds.

This practice – meditation rebranded – deserves serious attention from parents and policymakers. An impressive array of studies shows that integrating meditation into a school’s daily routine can markedly improve the lives of … 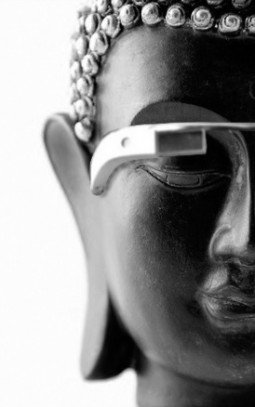 I picked up Google Glass, which is essentially a smartphone that you wear on your head, on July 6. I’d made a pitch to Google in order to get Glass, saying that I wanted to explore it as a tool for teaching meditation and mindfulness.

The timing in some ways wasn’t great, because I was working a second job at the University of New Hampshire over the summer, teaching personal development and study skills to teens from low income families. And when that seven-week stint was up I had a heck of a lot of catching up to do back at Wildmind.

Life Coach extraordinaire Tim Brownson drew my attention to this interesting infographic last week, and I promptly forgot about it until stumbling across it again last night.

According to the graphic’s creators, by the end of 2012, at least 91 schools located in 13 states were planning to implement meditation course for their students. High school students practicing meditation for a month had 25% less absence and 38% fewer suspension days when compared to other students.

Room to Breathe: The official trailer

Room to Breathe is a surprising story of transformation as struggling kids in a San Francisco public middle school are introduced to the practice of mindfulness. Topping the district in disciplinary suspensions, and with overcrowded classrooms creating a nearly impossible learning environment, overwhelmed administrators are left with stark choices. Do they repeat the cycle of forcing tuned-out children to listen, or experiment with a set of age-old inner practices that may provide them with the social, emotional, and attentional skills that they need to succeed?

Even just this brief extract of the film is powerfully moving. I can’t wait to see the whole thing.

In the 2011-12 school year, Mindful Schools partnered with the University of California, Davis to conduct the largest randomized-controlled study to date on mindfulness and children, involving 915 children and 47 teachers in 3 Oakland public schools.

The Mindful Schools curriculum (which has been taught to over 30,000 children) produced statistically significant improvements in behavior versus the control group with just four hours of mindfulness instruction for the students–a very small, low-cost treatment.

In addition to the study’s size, it is notable for the population served and the environment around the schools. There are very high levels of crime around the three schools that were studied — surroundings that add tremendous turmoil to children’s lives. …

Richard Schiffman, OpEdNews: There are two jobs that have become a lot more difficult in recent years. One is being a teacher, which was never easy at the best of times. But in an age of virtually unlimited opportunities for distraction and rapidly shrinking attention spans getting kids to focus on their schoolwork can be (with apologies to dentists) like pulling teeth.

I know: As a former school aide working with young children, it was often all that I could manage just to break up fights and keep the decibel level below that at an international airport. Any “education” that actually took place …

Teenager credits meditation with helping her on way to singing success 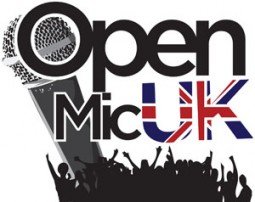 Rob Pattinson, Ormskirk Advertiser: A talented teenager has made it through to the regional finals of a national singing contest – with a little help from meditation.

Amy Wilkinson began singing while at primary school at St Michael’s in Aughton.

The 14-year-old, from Narrow Moss Lane, Scarisbrick [West Lancashire], entered Britain’s Got Talent last year but missed out on a chance to sing for the TV judges.

But, undeterred, she entered the Open Mic UK competition and, having performed a version of the Noisettes track Never Forget You, she has successfully made it through to the regional finals on October 14, where she will …

Miley Cyrus is encouraging young girls to meditate more and take time to discover what they really want out of life.

The pop star and actress admits she lost her way during a tough period in her life – and started hanging out with people she thought were “cool” in a desperate bid to be just like them.

Then she found meditation and realized her best friend is herself – and she urges other confused teenagers to follow her example and get in touch with the real you.

It’s not what you’d expect at a school: students being asked not to think!

“We are calling it a mental recess,” said Greg Graber, the head of middle school at Lausanne Collegiate School. “We really think this is going to help them, to sit and do nothing for 10-15 minutes and try to relax their minds to get distressed and unplugged.”

The Lausanne Collegiate School in East Memphis is trying a different way to get kids focused.

Starting in September, Middle schoolers 10 to 14 years old are going to get the option, of skipping recess to sit and do nothing.

“Have you ever tried meditation?” …

Zen for high schoolers: ‘Notice the anxiety. Notice the fear.’ 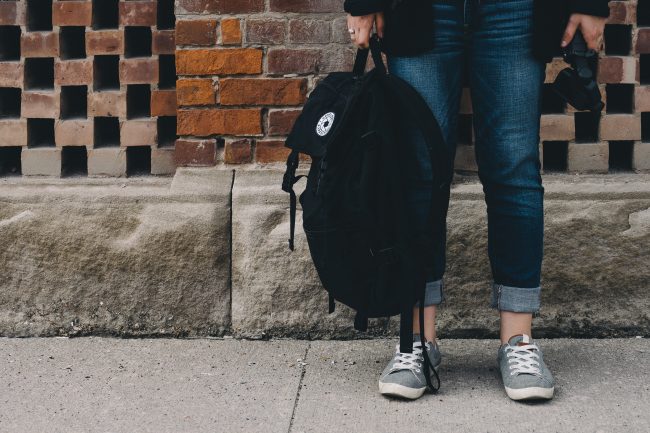 The New York Times reports not only that Brooklyn high-schoolers are attending weekly meditation sessions meant to help them handle the challenges of growing up in the city, but that Zen meditation is being offered as an alternative to traditional detentions.

The meditation sessions are taking place in the Brooklyn Zen Center, where Zen priest Greg Snyder is involved in the center’s Awake Youth Project, which includes weekly workshops in five public high schools as well as teenager-led sessions at the center.

Now, Mr. Snyder is taking on the tougher task of teaching meditation to Level 1 offenders— students who are frequently put in detention or suspended because they start fights or cause trouble —