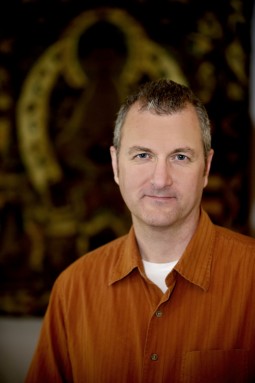 Bodhipkasa is an accomplished teacher and published author who has been meditating and practicing Buddhism since 1982. He was ordained into the Triratna Buddhist Order (former known as the Western Buddhist Order) in 1993.

In addition to his work with Wildmind, he leads activities at Aryaloka Buddhist Center in Newmarket, New Hampshire, and for nine years he has taught a summer course to low income teens at the University of New Hampshire. He was formerly the director of a retreat center in Scotland, and was center director at the Rocky Mountain Buddhist Center in Missoula, Montana.

He completed a Master’s degree in Buddhist approaches to business at the university of Montana, and founded Wildmind in 2001.

He has published several books on aspects of meditation and Buddhist practice, and is well-known for his guided meditation recordings.

As the director of Wildmind and the father of two young children, Bodhipaksa understands the challenges of balancing a meditation practice with a busy life. His online courses have been running since 2002, and he has received consistent praise for hist practical, down-to-earth approach as well as his care for and commitment to each student.

The Power of Mindfulness. (4 weeks)