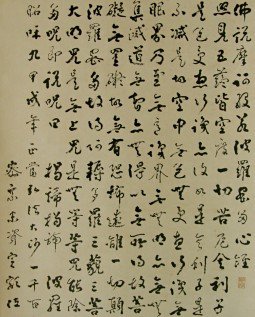 We’re starting to gather together a selection of key Buddhist texts on meditation, with brief commentaries by Bodhipaksa.

These texts were passed down as an oral tradition for several hundred years, and then were eventually written down.

We know that the process of passing down the oral teachings was very accurate, because when the teachings were committed to writing in different parts of India in different languages they corresponded closely. A process of communal chanting allowed the memorizers to check their accuracy, and in that era it was common throughout the Indo-European world to memorize vast amounts of text, as can be seen in works like the Illiad and Odyssey, which were originally oral texts.

The language the texts presented here were originally in is a matter for debate. Today we call this language “Pali” (which just means “text”) although no one knows exactly what region of India it would have been spoken in.

Pali is related to Sanskrit, although it’s a simpler language in both grammar and spelling. For example Sanskrit Dharma becomes Dhamma in Pali, while Karma becomes Kamma.

The oral tradition tended to use repetition and stock phrases in order to make it easier to memorize these texts, which could be very long. As a result, some of the original vigor of the Buddha’s teaching has no doubt been lost. However, these texts continue to inspire over 2,500 years after they were first committed to memory.

As well as our own small collection, you can also check out the very extensive Pali translations that Access to Insight offers.

Buddha Sutras Mantras offers a range of translations of the Mahayana scriptures.

Bodhipaska, thanks so much for these commentaries on the sacred texts! I’ve been looking for them, but could not afford to buy them outright. This is a great service for all of us.

Thank you Bodhipaksa for making these texts and yourself and this wonderful web site available for all. It is not always easy for me to have acces to meditation teachers or dharma talks. This is a wonderful service by you, much appreciated! I enjoy reading everything on these pages, it is very accessable and easy to follow, inspirational and fulfiliing. THANK YOU with all my heart.