Be happy so that others may be happy 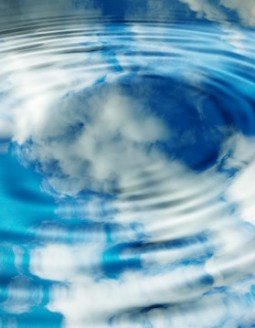 Saddhamala wrote the other day about how we “catch” emotions from others. As she points out, this happens when you’re hanging around someone who is negative, and it brings you down, and that it even happens when we watch a movie!

So this is definitely a part of our experience.

You may not have realized, though, just how infectious our emotions are. The effect of one person’s emotions — whether negative or positive — can be measured as they ripple outward through our friendships and contacts.

Let’s deal with the negative first.

An important study by University of Chicago psychologist John Cacioppo showed that lonely people tend to share their loneliness with others. He uncovered this by looking at data from a large-scale study that has been following health conditions for more than 60 years.

You might be wondering: if lonely people aren’t in contact with others, how can they spread their loneliness? The thing is that loneliness is a state of mind rather than an absolute absence of social connections. Lonely people may be with others much of the time, but they aren’t able to connect. They feel disconnected and isolated even in social situations. And the people they are in contact with pick up on and share those feelings. But those feelings do of course affect relationships, and lonely people lose friends. Sadly, before their friends leave, they end up feeling lonely as well!

This is true for other negative emotions, too, such as anger and depression. It’s even true for factors such as obesity, criminality, and bankruptcy.

Now for the positive.

How strong is this effect? It’s strong. If you’re happy, a friend living within a mile experiences a 25% chance of being more happy. One of your friends’ friends has nearly a 10 percent chance of increased happiness, and a friend of that friend has a 5.6 percent increased chance—a three-degree cascade. Compare that to, say, a $5000 income bump, which increases your odds of being happy by just 2%.

Every happy person in our world has a significant effect on many people around them, adding in a measurable way to the sum total of human happiness.

Sometimes the quest for happiness is seen as being selfish, but it’s clear that that’s a shortsighted view. Our own happiness has an effect on others around us, and it’s almost an imperative for us to become happier if we want others to be happy.

When you consider how powerfully interconnected our world is (for example, on Facebook every person is, on average five connections away from any other person) it’s clear that this ripple effect is a powerful force for changing the world. Remember, one happy person raises the happiness of people — measurably — even at three degrees of separation, and possibly beyond.

This means each of us is more powerful than we may give ourselves credit for. Your happiness (or your grumbling) can affect the world. Use your power wisely!

What a wonderful article! I have to admit that I struggled with finding happiness during a particular time of my life. I know that this had something to do with some unresolved issues from my childhood, where I felt unwanted by schoolmates. Things like people cutting me off on the road when I’m driving made me very upset. Or I always had something to say about someone.

Until I met this gal who I was friends with for a while. She was new to the area and she joined the choir that I belonged to. But I realized that she too was unhappy with her life. She would constantly complain that she’s in her 40s and still single, and how she hated coming to work because everyone hates her, but didn’t want to find another one because she actually likes her actual job. I saw myself in her. I tried to help her out as best as I could but she could never be happy.

Then one year, I sent her a gift card for Christmas, which I didn’t get a thank you for. It might have gotten stolen or what not, but I felt angry at that time. I then stopped hanging out with her, just a clean break. I felt a load lift off my shoulders. I thought if I am working on finding happiness, I can’t let anyone else bring me down. I know it’s selfish, but I just needed to do what I need.

These days I feel like I’m doing better in terms of not sweating over the little stuff. I’m a work in progress still, but your website has been a tremendous help to me. Incidentally, the same friend sent me a Christmas card. It contained a rather generic “letter”, aside from where she physically wrote her name down. She said that she found a nice home to rent and got herself a little pup. She looked happy in the picture, and I hope that she truly is happy. I will email her back someday when I’m ready.