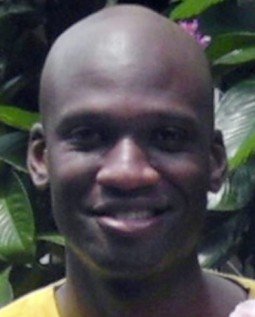 It’s been reported that Aaron Alexis, the former U.S. Navy reservist who went on a shooting spree on a naval base, leaving 13 people dead, including him, was a Buddhist.

This isn’t of course the first time a Buddhist has acted violently. While Buddhism generally has a peaceful history, Buddhist institutions have persecuted non-Buddhists and those from other Buddhist traditions and have sometimes supported war (Japan in the Second World War is a notable example). And Buddhist individuals have committed pretty much every violent act you can imagine, for their own personal reasons, whether that’s greed, hatred, or, in Alexis’ case apparently, mental illness.

Is it possible, in the face of all this, to say that Buddhism is a religion of non-violence? My response would be, it depends what you mean by “Buddhism.”

There is nothing whatsoever in the teachings of the Buddha that supports violence. This was something that the Buddha never once compromised on. He famously said that even ill will — not violence, but mere ill will — cannot be justified under even the most extreme provocation:

“Monks, even if bandits were to savagely sever you, limb by limb, with a double-handled saw, even then, whoever of you harbors ill will at heart would not be upholding my Teaching. Monks, even in such a situation you should train yourselves thus: ‘Neither shall our minds be affected by this, nor for this matter shall we give vent to evil words, but we shall remain full of concern and pity, with a mind of love, and we shall not give in to hatred. On the contrary, we shall live projecting thoughts of universal love to those very persons, making them as well as the whole world the object of our thoughts of universal love — thoughts that have grown great, exalted and measureless. We shall dwell radiating these thoughts which are void of hostility and ill will.’ It is in this way, monks, that you should train yourselves.”

This may seem like an impossible standard. And in fact it almost certainly is! The point is simply that the Buddha’s teaching does not see ill will as anything but destructive. Ill will is antithetical to the practice is the Dharma. If you’re experiencing ill will, then in that moment you are not following the Buddha’s Dharma.

This rather goes against a certain way that we tend to see things. We tend to think that if a person is a Buddhist then they’re a Buddhist, as if the label “Buddhist” was somehow intrinsic to them, as if it described some permanent attribute they had. But people are not really Buddhists in that way. People who call themselves Buddhists at best follow the Buddha’s Dharma some of the time (perhaps almost all of the time, but perhaps hardly any of the time). When we’re being patient and kind in the face of provocation, we’re following the Buddha’s teaching. When we’re experiencing ill will — or practicing violence — we’re not following the Buddha’s teaching. In fact we’re undermining our own practice. Our “Buddhism” is something that comes in and out of focus, or is even something that goes in and out of existence. When we’re being violent we’re not really “doing Buddhism” — we’re doing something else.

The problem with the word “Buddhism” though is that it encompasses much more than “the teachings of the Buddha.” It can encompass all official or semi-official practices and teachings that have emerged, among people who call themselves Buddhists, since the time of the Buddha. And in this sense, as we’ve seen, “Buddhism” is sometimes violent. Right now monks are instigating violence in Sri Lanka and Burma. They see their religion, or culture, or nations as being under threat by non-Buddhists (Tamil Hindus and Rohingya Muslims respectively). And so they’ve been leading riots and committing violent acts. There’s no justification in the Buddha’s teaching for acting this way, but these actions are still obviously part of “Buddhism” in a wider, cultural, historical sense.

Really we need to use separate terms when we’re talking about Buddhism as the teaching of the Buddha and Buddhism as “the stuff Buddhists do and teach.” The term Buddhism is actually quite new, and a western invention, and, as we’ve seen, ambiguous. It’s probably better to talk about “the Buddhadharma” (a traditional term meaning “the teaching of the Buddha”) and save the word “Buddhism” for the cultural phenomena that have arisen from those teachings, even though they sometimes contradict them. But we’re unlikely to be able to establish or maintain that clarity of terminology, and so we’ll probably have to just keep coming back to saying “Buddhists may be doing violent things, but the things they’re doing aren’t in line with the Buddha’s teachings, which are uncompromisingly non-violent.”

But Alexis was not a Buddhist representative. He’s not a Buddhist teacher. He’s just another tragic figure with a mental illness and access to high-powered weaponry — and a person who, at times, practiced Buddhism. The time he took a gun and used it to kill people is not one of the times he was practicing Buddhism.

Let’s be careful not to say that Alexis wasn’t a Buddhist, though. I saw one person say the following: “While you may here in the coming days that ‘Aaron Alexis is a Buddhist,’ you will know that while anyone may claim they are a Buddhist and anyone can attend services or meditation, that doesn’t make them a Buddhist.” But this is falling into the “No True Scotsman Fallacy,” which in this case takes this form:

This is a fallacy because it seeks to retroactively exclude Aaron Alexis from the category of people called “Buddhists” in order to preserve the “integrity” of the statement “Buddhists are not violent.” Buddhists can certainly be violent. It’s just what when they are being violent they’re not practicing the Buddha’s Dharma. And when Buddhists are being violent, and in so doing failing to follow Buddhist teachings, they’re therefore not reflecting anything about the Buddha’s teaching except perhaps that in the face of mental illness or extreme emotional imbalance, the Dharma sometimes isn’t enough.

The way I see it, this man represented the Dharma teachings no more than the 9/11 terrorists represented the teachings of Islam and no more than Christian extremist groups who blow up abortion clinics represent the teachings of Christ. The reality is, some people are violent for various reasons, regardless of any affiliation, religious or otherwise. It’s frustrating when people insist on blurring those lines and create unfair stereotypes.

Unfortunately, to “be” a Buddhist is not explained here. One must take the Refuges. He may have studied Buddhism but that makes him no more a Buddhist than if I study a site related to Astrophysics makes me a rocket scientist. There is nothing to say this man was or is a Buddhist. If he had actually studied, he may have come across many examples of compassion, metta and kindness. It is a hard look to find violence even in cultural stories.
Seems a little alarmist and an attempt to have blame somewhere it is not due. This man was very disturbed and caused a lot of suffering. Not a religious mandate or concept.

In being involved with a Thai temple for (as far as I can gather) a number of years, it’s almost certain that Alexis did take the refuges. But that’s kind of irrelevant, since taking the refuges has no magical effect on our inner being. A person can take the refuges and still behave badly.

[…] Buddhists themselves, however, will often debate the limits of right-practice and right-views, which is perhaps what McLeod is engaged in along with Karen Maezen Miller, another Buddhist teacher, who simply comments “Amen” to his short piece. This is common in all major religions, the claim that one must do x or believe y to be a “true” member. It can take the form of an ad hoc and even has a name on the list of logical fallacies: the “No True Scotsman” as Bodhipaksa pointed out in his piece on the tragedy. […]

[…] Buddhists and violence | Wildmind Buddhist Meditation https://www.wildmind.org/It's been reported that Aaron Alexis, the former U.S. Navy reservist who went on a shooting spree on a naval base, leaving 13 people dead, including him, was a. […]