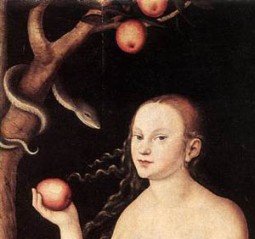 One of my favorite lines in a movie is where a Freudian analyst (complete with thick Viennese accent) asks a man about his childhood.

“I had a normal childhood,” the man replies.

“Ah, so you vanted to kill your fazzer and sleep with your muzzer!” the analyst declares.

I sometimes wonder if Sigmund Freud was an incarnation of Mara, the Buddhist personification of doubt. I’ve lost count of the number of people who have had experiences of happiness undermined because they suspect that they must be repressing something, somehow believing that happiness must be delusional. And many people carry around the notion that there is something fearful and unknown (incest! death wish! penis envy!) lurking inside them, unseen because repressed. The fact that you can’t see these things just shows how deeply repressed they are.

And people often assume that this repressed nastiness is more real and authentically them, than anything else, including their compassion and wisdom; we’re inherently bad, and our goodness is superficial.

This may or may not be what Freud taught, but it’s the way his teachings seem to have been popularly understood.

And this reinforces the Christian idea, dating back to the second century, of original sin, where we inherit Adam’s sin of eating of the fruit of the tree of knowledge. We inherit sin, so that by nature we are sinful. St. Augustine believed that unbaptized infants go to hell as a consequence of this inherited original sin. Even a newborn child — often taken as a symbol of innocence, can be seen as inherently evil.

So there’s this tendency to see human beings as inherently selfish and bad. This view isn’t one that Buddhism shares, and the concept of original sin is one that hinders our practice.

Some Buddhist schools teach that we are actually inherently pure, and that the mind is merely contaminated by greed, hatred, and delusion. This doesn’t mean that at some time in the past our minds were pure and that they picked up these contaminants. Buddhism sees these “origins” questions as irrelevant and based on an unhelpful craving for certainty. What’s important is that this view of our inherent purity makes sense practically.

Let’s say you had a jar of water mixed with dirt, that had just been shaken vigorously. What you see is a turbid slurry of swirling mud. But leave the jar undisturbed, and what happens? First, the water stops moving. Then, gradually, the mud begins to settle out. And what are you left with? Clear water.

The mud was not an inherent part of the water. And so the water and the mud were separable. The inherent clarity of the water is revealed in stillness.

And it’s like this with the mind as well. Sit quietly, and the mind starts to settle. Sure, you keep having thoughts coming up that stir the waters of the mind once again, but keep on sitting, again and again, and you find that those thoughts come up less often. And you find that simply by letting go of thinking, and allowing the mind to settle, you become happier, kinder, more compassionate, and wiser. Joy, compassion, and wisdom are the natural qualities of the mind, and they are revealed by stillness.

So in this way, practically speaking, the mind is inherently pure. And for those of us brought up in a culture that emphasizes original sin, the idea of “original purity” is enormously liberating. It’s liberating on a personal level to be able to let go of this idea that we’re essentially bad. It’s hard to feel good about yourself when you have an assumption that you’re inherently evil. And it’s liberating to be able to think of others as being the same.

Of course the muddy water illustration is just a metaphor, and it breaks down at a certain level. Practice is not just about letting the unskillful fall away, it’s also about cultivating, strengthening, and maintaining the skillful. Joy, compassion, and wisdom are the natural qualities of the mind, but we need to give attention to those qualities and develop them. The water analogy is faulty because the water purifies itself naturally by sedimentation, and once that sedimentation has taken place you can’t make the water any more pure. But with the mind, the sedimentation approach can only take us so far. Sure, sit long enough just being mindful, and your mind will become more joyful, wiser, and kinder. But only to a point. We need to actively cultivate those qualities.

And this is why we have the metta (lovingkindness), karuna (compassion), and mudita (joyful appreciation) practices that we’ve been focusing on for the last two months.

These reflections on human nature are particularly apropos when we’re cultivating joyful appreciation, or mudita, which is a practice that’s about appreciating the good that’s in people. The concept of original sin suggests that goodness is superficial and may be entirely absent in a “bad” person. The concept of innate purity suggests that goodness is there, waiting to be revealed.

PS. You can see all our 100 Days of Lovingkindness Posts here.

Bodhipaksa
Bodhipaksa has been meditating since 1982 and teaching since around 1989. He is a Buddhist practitioner and teacher, a member of the Triratna Buddhist Order, and a published author. He launched the Wildmind website on November 11, 2000. Bodhipaksa has published many guided meditation CDs, guided meditation MP3s, and books. He teaches in various meditation centers around the world. He is supported by donations from members of the Wildmind community. If you're interested in becoming a supporter and in getting access to more of Bodhipaksa's teachings, please click here to learn more about his meditation initiative.
100 Days of Lovingkindness, Christianity, mudita, mudita bhavana