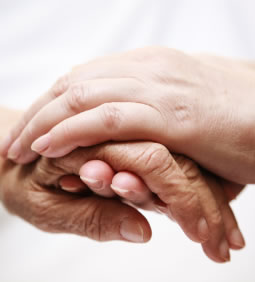 Most of us probably think of the practice of compassion as synonymous with altruism. Giving. Helping. Being of service. Sunada flips that idea on its head — that it may be just as important to be vulnerable as it is to be strong, and to receive as it is to give.

We can get ourselves into a bit of trouble when we think of compassion only in terms of “giving.” It leaves a huge opening for our ego to step in. I don’t know about yours, but my ego is a sneaky little beast! It’s so easy to get duped by that guy.

We can get ourselves into a bit of trouble when we think of compassion only in terms of “giving.”

One way he tricks me is by turning my actions into a role or mask to hide behind. It’s such an easy trap — to fall into acting from that mask rather than a fuller experience of my being. To put it in the worst terms, I suppose it’s like the compassion gets a bit institutionalized. I act by rote because I know that’s what’s I’m supposed to do. An example is giving spare change to a homeless person because I had decided that I’m going to be kind to a homeless person today. If I just drop some coins in her cup without making an effort to at least smile and make a connection with her, then I’m probably acting from my role of “be kind to a homeless person today.”

One way [my ego] tricks me is by turning my actions into a role or mask to hide behind.

I’m not saying that’s bad, but it’s not true compassion. It’s more a contrived act than something springing from a fresh, alive connection to my feelings in that moment about the person and the situation. I’ve been taught that this called a Near Enemy of compassion. A Far Enemy is something that’s an obvious opposite, like cruelty. A Near Enemy is something that sort of looks like the real thing, but isn’t on closer examination. It’s that tricky ego sneaking in.

Even worse, the mask can become a shield for hiding away the parts of myself that I don’t want to show the world.

Even worse, the mask can become a shield for hiding away the parts of myself that I don’t want to show the world. It makes my ego feel good to think I’m strong and capable, someone who can step in and be of help. And yes, of course, there are times when I AM being of help. After all, that homeless woman probably really needed the money. But the Buddha always taught that it’s not the action that counts, but the true motivation behind it. Am I using my kind acts as a way to make myself feel better and compensate for all the icky stuff inside that I don’t want to deal with? If so, that’s not true compassion. That’s self-deception.

So then what does real compassion look like? It’s a lot more than just reaching out to help. I also need to open myself up to let others touch me. It’s just as much about being vulnerable as it is strong. And receiving as it is about giving. In other words, it’s only when we can bring the whole of ourselves forward to meet someone that a real connection takes place. And that’s a MUCH bigger challenge than simple helping or giving! And boy, it takes some real courage to do.

it’s only when we can bring the whole of ourselves forward to meet someone that a real connection takes place.

A few years ago, I was on a retreat that focused on becoming more ourselves and living up to our potential. We spent a lot of time on what was holding us back. What was our biggest fear about boldly stepping forward into what we wished we could do. One “secret” I shared with the group was how I wanted to be a singer, and to have the courage to perform publicly. Well of course, it’s impossible to say that to a group like this without getting prodded into singing before the weekend was through.

So I did it. I screwed up my courage and sang a solo unaccompanied song in front of everyone. I was nervous as hell and my throat felt all dry and tight. My voice cracked, and the notes at the higher end of the piece squawked. Yuck. It didn’t feel good at all. It probably didn’t sound all that good either. But of course, everyone gave me a big round of applause and kudos, because this was SUCH a supportive group.

But you know what? There was one person who was silently sitting there, watching me in tears. She hadn’t said much the whole weekend, and I knew that she too was struggling with her demons about taking a stand and openly being herself in front of others. Her response, more than all the others combined, is what has stayed with me. We didn’t talk about it, so I’ll never really know what was going through her mind. But it was obviously genuine, and obviously profound. For that one moment, I felt a strong connection with her because something real in me touched something real in her.

Experiences like this are what keep reminding me to get off my ego’s high horse. As much as it wants to see itself as the proverbial cavalry riding in to save the day, it’s not the most helpful way to see things. Sometimes the best thing to do is to just be a human being, here to share the fullness of who I am. It’s when I stop trying so hard to be something I’m not that something genuine pops up out of nowhere. It’s really very simple, though it’s sure not easy.

My teacher, Sangharakshita, wrote a poem about this. I first came across it over ten years ago, but it’s only now that it’s starting to sink in what he meant. In closing, I’ll leave you with that poem, called “The Unseen Flower.”

Compassion is far more than emotion.
It is something which springs
Up in the emptiness which is when
you yourself are not there
So that you do not know anything about it.
Nobody, in fact, knows anything about it.
(If they knew it, it would not be compassion);
But they can only smell
The scent of the unseen flower
That blooms in the heart of the Void.

Sunada Takagi
Sunada Takagi is on a mission to help people transform their lives through mindfulness. Her work includes leading classes in Mindfulness-Based Stress Reduction in the Boston area, and coaching individual clients from anywhere in the world via videoconference or phone. Read more at her site, Mindful Purpose Coaching. Sunada also teaches and leads retreats at the Boston Triratna Buddhist Sangha and Aryaloka Buddhist Center. Sunada was ordained into the Triratna Buddhist Order in 2004. This is where she received her name, which means "beautiful, excellent sounding." You can follow her at her Mindful Living Blog as well as on Facebook.
engaged buddhism, generosity, meditation and compassion