“To believe in the heroic makes heroes” Benjamin Disraeli 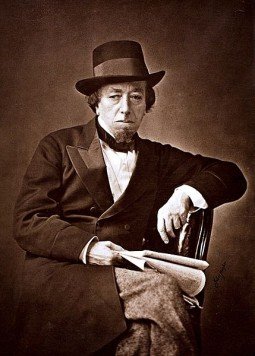 In the Path of Freedom, a 1st century meditation manual that I’ve mentioned a few times because it’s the earliest source I know of for the cultivation of lovingkindness etc. in stages, we’re asked first of all to connect with mudita (appreciation) in the following way:

When one sees or hears that some person’s qualities are esteemed by others, and that he is at peace and is joyful, one thinks thus: “Sadhu! Sadhu! May he continue joyful for a long time!”

Upatissa, the author of the Path to Freedom, doesn’t say that we have to personally know this exemplary person. In fact it’s clear that we might only know them from reputation. But it may also be someone we are fortunate enough to know personally. So who do we know (personally or at a remove) who has qualities that are esteemed by others, and who is at peace and joyful?

I’m fortunate to have personal experience of a number of people who fit the bill, some of whom I have lived with and who I therefore know quite well. These are people who are scrupulously ethical, and very careful in how they talk about others. I would often find myself complaining about someone, and one of my more skillful friends would respond by saying something that, for example, put the other person’s actions into a broader context and made those actions seem more forgivable. I can think of a couple of people who I have never known to do or say anything unkind. Whenever they have problems they always approach them from the perspective of the Buddhist teachings. And these are people who are often joyful, dignified, and at peace.

Perhaps I’m fortunate in this — I just don’t know. Or perhaps you know many such people.

What about those we know only by reputation? I think of people like the Dalai Lama, Nelson Mandela, Eleanor Roosevelt, Paul Robeson, and Maya Angelou. These people are giants in their own ways, and demonstrated personality traits that are highly “esteemed.” The Dalai Lama is the most obviously joyful, while the others seem to exhibit more of a sense of peace and dignity. I feel ennobled simply by calling them to mind.

Psychologists call this feeling of emotional uplift “elevation.” Dacher Keltner, a professor of psychology at the University of California-Berkeley, studies elevation, which stimulates the vagus nerve (also involved in compassion) and leads to “a feeling of spreading, liquid warmth in the chest and a lump in the throat.”

Moral psychologist Jonathan Haidt, who coined the term elevation, has written, “Powerful moments of elevation sometimes seem to push a mental ‘reset button,’ wiping out feelings of cynicism and replacing them with feelings of hope, love, and optimism, and a sense of moral inspiration.”

If you benefit from the work I do, please consider supporting Wildmind. Click here to make a one-time or recurring donation.

Feelings of inspiration also lead to the release of the hormone oxytocin, which is associated with love and bonding.

Now there’s the second question. Do you want there to be heroes? Some people don’t. What’s your reaction when you hear that someone is admired and is joyful and at peace? Does your cynicism kick in and start doubting? Do you imagine the Dalai Lama’s smile leaving his face as soon as he leaves the stage, and him yelling at his attendants? Do you cast around for some negative fact from the life of Eleanor Roosevelt that “balances” or negates the inspiring role she played in the civil rights movement?

If you do this kind of thing, you’re not alone. We’ve got used to heroes being exposed as having feet of clay. It’s still common to hear Mother Theresa held up as a paragon of compassion, but it’s also more common to hear that she was actually a very unkind person who seemed to take joy in watching people suffer.

I’m not arguing that people shouldn’t investigate such things and write honest biographies. If the truth is that Mother Theresa was a monster, then let that come out. But I do suggest that you don’t immediately jump to the conclusion that there must be some dark undercurrent to the lives of heroic people. Because I think one of the reasons we sometimes don’t want there to be heroes is pride. One of the ways we seek a sense of security and wellbeing is through the “worldly wind” of status, which often involves thinking that we’re better than others, or at least thinking that others are not better than us. And so it can be tempting to find fault in order to drag others down to our level.

However, I suggest that it’s unwise to expect perfection in anyone. Everyone makes mistakes, and causes others harm. It’s always possible to find fault. I can know that Nelson Mandela had an affair and hurt his family, but still regard him as someone to admire. I can know that Maya Angelou worked as a prostitute and pimp, and still have immense respect for the person she evolved into. These flaws and mistakes actually help me to have greater respect for my heroes, not less. Their humanness, as shown by their difficulties and vulnerability, makes them easier to relate to — if I respond with compassion rather than judgement.

And they don’t have to be perfect examples of joy or peace. I’m sure Roosevelt’s life was troubled. I don’t have personal insight into Nelson Mandela or Maya Angelou’s day-to-day states of mind, but I doubt that they’re happy or at peace all the time. But they’re still admirable.

So let’s think about heroes. Let’s allow ourself to have heroes, without either being cynical or denying their flaws. It’ll help make us better people, and will help us help others. As Disraeli said, “To believe in the heroic makes heroes.”

PS. You can see all of the 100 Days of Lovingkindness posts here.

Bodhipaksa
Bodhipaksa has been meditating since 1982 and teaching since around 1989. He is a Buddhist practitioner and teacher, a member of the Triratna Buddhist Order, and a published author. He launched the Wildmind website on November 11, 2000. Bodhipaksa has published many guided meditation CDs, guided meditation MP3s, and books. He teaches in various meditation centers around the world. He is supported by donations from members of the Wildmind community. If you're interested in becoming a supporter and in getting access to more of Bodhipaksa's teachings, please click here to learn more about his meditation initiative.
100 Days of Lovingkindness, appreciation, Dr. Dacher Keltner, mudita, mudita bhavana