Carolyn Gregoire, Huffington Post: In 2013, the New York Times declared that mindfulness was “having a moment” (pun intended), and just a few months later, a January 2014 TIME cover story announced that a “Mindful Revolution” was underway, challenging the stressed-out, tech-addicted American status quo. This month, Scientific American has featured meditation on its November 2014 cover, representing another major step toward a meeting of the minds between ancient Eastern wisdom and Western science.

Although Western psychologists have been studying the ancient contemplative practice since the 1970s — mindfulness pioneer Jon Kabat-Zinn created Mindfulness-Based Stress Reduction in 1979 — scientific interest in mindfulness has escalated in the past decade.

Meditation isn’t clearing the mind; it’s focusing on one thing

Mihir Patkar, Lifehacker: Meditation does not require a large chunk of sustained time, nor is it too difficult to get into. Psychologist Mike Brooks busts the misconception that it’s about emptying your mind. Instead, meditation is about focusing on one thing.

Brooks is talking about mindfulness meditation, which we’ve discussed before, which focuses on being fully in the moment. One of the biggest problems people have with meditation is the assumption that it requires emptying your mind entirely—I’ve seen several people who misconstrued it as that and gave up on meditation far too quickly. Brooks explains it better:

People think the goal of …

Personalities are not fixed, and that’s great news

September 24, 2014
Bodhipaksa
on practice
No Comments 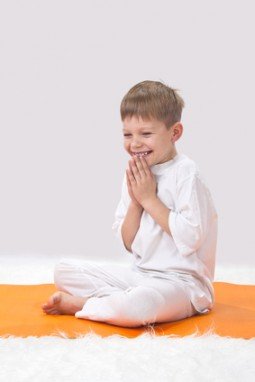 A mountaineering friend of mine used to remark that when he’d meet a rock or other obstruction while coming down a mountain, and was faced with choices — go left, or right? — each choice would lead to other, different, choices. In this way, two different decisions early on — although seemingly insignificant — could result in profoundly different outcomes.

A new study illustrates how easily views about our personalities can be changed, and how powerful the effect of changing them can be.

David Scott Yeager of the University of Texas at Austin, working with a graduate student from Emory University, Adriana Sum Miu, wondered whether the belief that people’s personalities are malleable would have an impact on bullied teens, perhaps reducing their levels of hopelessness, despair, and depression.

Yeager observed, “When teens are excluded or bullied it can be reasonable to wonder if they are ‘losers’ or ‘not likable,'” and he wondered whether teaching teens that people can change would reduce those thoughts, and if so, could it even prevent overall symptoms of depression?

At the start of a school year, roughly 600 ninth grade children were assigned to an intervention group or to a control group. Neither the children nor the teachers and staff at the three schools involved were aware of the purpose of the exercise, so that their attitudes wouldn’t differentially affect either group.

The intervention group read a passage about how personalities are subject to change, and how being bullied is not the result of a personality defect. It was also emphasized that bullies are not inherently “bad.” There was reinforcement in the form of information about brain plasticity (the idea that our brains, and thus our skills, attitudes, and behaviors can change and evolve). Endorsements from older students were given, and the group members were asked to write an account of how personalities can change.

The control group did similar exercises, focusing not on personality but on athletic ability.

Nine months later, the symptoms of clinical depression, including negative mood, feelings of ineffectiveness, and low self-esteem, had risen by 39% in the control group, while there was no increase in the intervention group. This was true even for students who had been bullied.

This change is rather stunning, given that the intervention was very brief, taking place in a normal class period. There was no counseling given, and the exercise used only computer and pen-and-paper activities. I’d estimate that achieving the same outcome, on that scale, through individual guidance and counseling would have cost hundreds of thousands of dollars.

The message being taught is very in line with Buddhist teachings on anatta (lack of fixed self). One of the things that Buddhism teaches us is that our mental habits are just that — they are habits, and subject to change, given the right circumstances.

You can read more about the study at the Association for Psychological Science website.

Is mindfulness an emerging treatment for addiction?

Judson Brewer, Rehabs.com: Why do young mothers buy a daily pack of cigarettes instead of spending this money on nutritious food for their children? Why are treatments that help roughly 33 percent of people overcome their substance use and have a 70 percent relapse rate hailed as “gold standard” by the National Institute of Drug Abuse (NIDA)? In other words, why are addictions so hard to overcome?

Our brains are set up to learn. From an evolutionary perspective, when we come upon a good source of food or water, it is helpful to remember where it is. When we discover something dangerous, that memory is …

If there is to be a battle, there must be a field of battle; when the contestants really notice this they will have a war dance instead of a war.

As is popular in South Asian poetry, such imagery aptly describes a social as much as a psychological state. For example, the slim volume of karma yoga lessons, the Bhagavad Gita, treats the metaphorical field of battle as both a reflection of Indian society and an introspective mirror held up to one’s brain.

Humanity’s battle against its …

Social and emotional skills for schools

Ravi Pradhan, RepÃƒÂºblica: In the past decade, a very exciting new approach has started to attract the attention of educators and parents in the US. An umbrella term to describe these approaches is “social and emotional learning” or SEL.

In fact, the US Federal Government and private foundations have funded several pilot grants all over the country.

SEL is seen as a relatively low-cost, secular, science-based approach that generates the following kinds of results across age, sex, income levels, and ethnic backgrounds in schools:

In a typical mindfulness meditation session, a person sits on the floor, eyes closed, back straight and legs crossed, his body positioned to facilitate his inner experiences. For 10 to 15 minutes, he observes his thoughts as if he were an outsider looking in. He pays particular attention to his breathing, and when his mind wanders to other thoughts, he brings his attention back to his breath. As he practices, his mind empties of thoughts, and he becomes calmer and more peaceful.

Meditation has long been used for …

Douglas Todd, The Vancouver Sun: You suspect a trend has peaked when someone attaches to it the prefix, “Mc.” And it sticks. And that’s what has happened to the psycho-spiritual popularity of mindfulness, which has been a buzz word in liberal North American circles and psychology for at least a decade.

As the columns below attest, it’s not that mindfulness is a bad thing. It’s really just one technique for practising contemplation and meditation — of paying attention. And that’s been around forever — and not only in Buddhism, as many North American practitioners of mindfulness so often assertively suggest.

The dark knight of the soul

Tomas Rocha, The Atlantic: For some, meditation has become more curse than cure. Willoughby Britton wants to know why.

Set back on quiet College Hill in Providence, Rhode Island, sits a dignified, four story, 19th-century house that belongs to Dr. Willoughby Britton. Inside, it is warm, spacious, and organized. The shelves are stocked with organic foods. A solid wood dining room table seats up to 12. Plants are ubiquitous. Comfortable pillows are never far from reach. The basement—with its own bed, living space, and private bathroom—often hosts a rotating cast of yogis and meditation teachers. Britton’s own living space and office are on the …

Bringing accountability to your practice 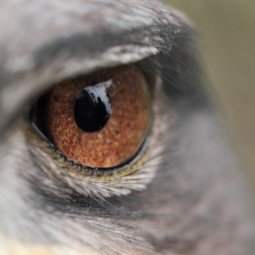 I’m just getting over a bad habit relating to meditation that’s plagued me for over thirty years.

It was reading a blog post on developing good writing habits that helped me. The idea came from Brett Cooper who, like me, found that he tended to write in fits and starts, with long periods of non-writing, followed by spurts of intense production.

Two ideas came to his rescue. The first was that he realized he needed to establish “a small, non-threatening daily writing habit,” and that a goal of 100 words a day was innocuous enough to be doable.

The second idea was the realization that he needed accountability. Left to our own devices, it can be all too easy to let ourselves off too easily. So he found a friend who agreed to be his “100 words accountability partner.” The partner doesn’t have to comment on the writing or even read it. She just has to give Brett a hard time if she doesn’t receive at least 100 words of writing each day.

As it happens I had my writers’ group meeting the day after reading Brett’s article, and so I proposed that I undertook the same two practices. So two of the people in my group agreed to be my accountability partner, and I theirs. Now each of us is emailing the other two at least 100 words a day.

It’s worked great. 100 words is such a non-intimidating target that I find it easy to sit down to write, and I inevitably end up writing well over 100 words. At this rate I’ll be adding a chapter to my novel every two weeks or so. And this is after several months of producing nothing. It’s a big turn-around.

Now, when it comes to meditation, I’ve been meditating daily for a long time. I’ve hardly missed a day in the last two years or so. But my sits have at times become very short — sometimes just five or ten sleepy minutes at the end of the day. And although it’s better to do five or ten sleepy minutes than to do nothing, that’s far from ideal. Five minutes was supposed to be an emergency provision for those days when I genuinely didn’t have time for a longer sit, but it threatened to become my default. It’s as if I hit 100 words and then stopped in mid-sentence.

I’ve often resisted meditating with others, or following set schedules, or even using apps like the Insight Timer, which announces to other app users how much meditation you’ve done. I think the reason I’ve resisted these things is that I’ve wanted to be sure that my desire to meditate was coming from me, and not from a desire to fit in, or to gain acceptance from others, or to show off. And while it’s good to want to meditate because it’s what I really want to do, I think that habit has long outlived its usefulness. It’s led to what’s almost a kind of secretiveness about how much meditation I’m doing, and that’s not good. Bad habits flourish in the dark.

So I decided that as well as my commitment to daily meditation practice (with an emergency fall-back position of five minutes a day) I needed a commitment to sharing what I do, so that I hold myself accountable. So on Wildmind’s community on Google+, I’ve been sharing how long I’ve been sitting, and what I’ve been doing.

This has already made a difference. When I meditate in the evening, which is often the first opportunity I have to meditate, I’m sitting earlier rather than later, when I’m often tired. I’m sitting for longer. And I’m being more mindful of the effort I make in my practice.

And the great thing is that I still have the feeling that I’m doing all this for me, not to please other people, so that fear has gone. I’m glad to have left that old habit in the past, where it belongs.