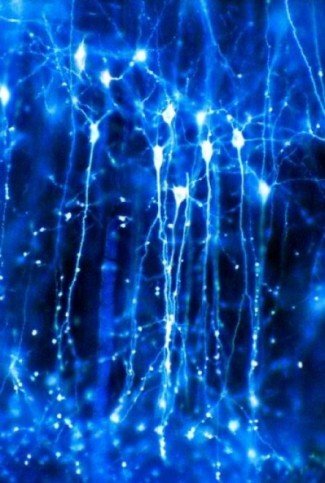 The mind has a limited ability to pay attention — as any meditator knows. But we can use the mind’s limited capacity to enter, quickly and easily, states of calmness, concentration, and contentment.

One thing that science has revealed to us with startling clarity is that the brain has a limited capacity for consciously processing information. On one end of the cognitive process our brains do have a very high storage capacity. And on the other end our senses are broadband — able to present to us several megabytes of information every second. But in between the brain’s ability to memorize vast quantities of words, skills, and names, and the senses’ ability to input large amounts of visual, auditory, and tactile information, there is an information bottleneck.

Just ask yourself how long a telephone number can you comfortably store in your short-term memory by repeating it over and over again — you know, between someone telling you the number and you dialing it. You probably have no difficulty in repeating a seven digit number. It’s considerably more difficult to remember a ten digit number (unless the area code is already familiar to you). At 12 or 15 digit telephone number? You can pretty much forget about it. For visual information, most people can only keep something like 3 to 5 pieces of information in short-term memory at one time. Which is why the following kind of scenario can take place:

We tend to look upon deficiencies of perception as being a weakness.

You’ve been asked to participate in a psychology experiment, the details of which are a little vague. It’s something about memory. But it will only take 10 minutes and you’re going to get paid. All you have to do is to present yourself at a reception desk in the psychology department and follow some simple instructions. You dutifully turn up at the appointed time and a young man behind the reception desk takes a look at your letter of invitation. He tells you that he just has to give you an information packet, and then you can go down the hall to another room where the experiments will take place. The young man ducks behind a desk, stands up, hands you the packet, and you go on your way. What about 80% percent of people fail to notice is that the person who ducked down behind the desk is not the same person who stood up and handed them the information packet. The two men are about the same age, but they had different colored hair, are dressed in different colored clothes, and have no facial resemblance to each other.

How can we fill the mind’s bandwidth with the object of concentration so that we can experience a respite from distracted thinking?

Now, we tend to look upon these deficiencies of perception as being a weakness. Those of us who aspire to mindfulness are astonished at these lapses and hope that, as practitioners of meditation, we would be among the 20% who did actually notice the switch. Well, maybe we would and maybe we wouldn’t. But I think there’s a more important point to be drawn from this, which is that we can use the brain’s limited ability to consciously pay attention to help us still the mind and bring about a state of greater calmness, well-being, and mindfulness. So how do we do that?

First, we have to bear in mind that being distracted requires bandwidth. Having dreamy, or angry, or depressed, or anxious thoughts and images pass through the mind takes up some of the mind’s available bandwidth. When you’re meditating — or perhaps “meditating,” by which I mean that you’re kind of paying attention to the breath but there’s also a constant stream of thought that you’re also paying attention to — your bandwidth is being shared between what you consciously intent to be doing (the meditation) and what’s happening automatically (the distracted thinking).

In theory, what we should be doing is filling the mind’s bandwidth with the object of concentration. That’s what one-pointed concentration is. Our conscious attention should be fully taken up by the breath, say, so that there’s no bandwidth available for distraction. When that actually works, it’s great. Because our distracted thinking doesn’t have a channel through which to express itself, that kind of thinking temporarily ceases. We feel calmer. Since distracted thoughts are generally mixed up with negative emotion, which cause stress and suffering, the absence of those thoughts is experienced as a positive relief — a sense of peace and happiness. But most of the time we are distracted, and we don’t manage to get fully involved with the breath, and our distractions stop us from getting more involved with the breath.

So, how can we fill the mind’s bandwidth with the object of concentration so that we can experience a respite from distracted thinking (and the negative emotion that accompanies it)? I’d like to suggest a few “tricks” that will help overwhelm your mind’s limited bandwidth, and give you easier access to states of calmness and happiness.

One thing I often encourage people to do as the settle into meditation is to go into peripheral vision. By this I mean that I encourage people to start off with their eyes open, and to become consciously aware not just of the narrow spot in front of them that they normally pay attention to. Instead, they pay attention to their entire field of vision, right up to what they’re seeing out of the corner of their eyes. This act of paying attention to the entire field of vision overwhelms the brain’s bandwidth and brings about an immediate reduction in inner chatter. The exercise works even better when other sensory modalities (listening, our spatial senses) are involved. You can read more about the peripheral vision exercise and listen to a guided exercise elsewhere on this site.

These three techniques are all quick ways to calm the mind. Once we’ve stilled the mind, it becomes much easier to remain in a state of calm concentration. Without the constant chatter of anxiety, anger, desire, etc., the mind becomes happier. A positive feedback loop can develop where we enjoy, more and more, being free from distracting thought, and where we enjoy, more and more, paying attention to the simple sensations of the body.

We may think that the brain’s limited bandwidth is a drawback, and in fact in some ways it is. Our brain’s narrow bandwidth makes is harder for us to notice change in the outside world — as with the psychology experiment above — and probably in our inner world as well. But once we understand the mind’s limited bandwidth, we can make use of it to enter, quickly and easily, states of calmness, concentration, and contentment.

Bodhipaksa
Bodhipaksa has been meditating since 1982 and teaching since around 1989. He is a Buddhist practitioner and teacher, a member of the Triratna Buddhist Order, and a published author. He launched the Wildmind website on November 11, 2000. Bodhipaksa has published many guided meditation CDs, guided meditation MP3s, and books. He teaches in various meditation centers around the world. He is supported by donations from members of the Wildmind community. If you're interested in becoming a supporter and in getting access to more of Bodhipaksa's teachings, please click here to learn more about his meditation initiative.
meditation & brain science, neuroscience of meditation, science & meditation